Our Managing Editor, James R. Gapinski, has a new book review of D. Foy’s Made to Break (Two Dollar Radio, 2014) at Heavy Feather Review.  Check it out here.

Curtis Ackie’s short story collection, Goldfish Tears, transports readers into surrealist landscapes painted with mostly stunning detail.  While there are some nominal flubs that take the reader back to reality, most of the collection keeps the reader believing in Ackie’s world—a world where the sun forgets to rise one day, a husband builds a machine to “correct” his wife’s appearance, and a woman wakes to find that her stoop has dissolved into absolute nothingness.  The premises of Ackie’s stories are wrought with potential.  The climaxes aren’t always grand—which is a good choice that keeps the stories grounded, despite their bizarre beginnings.  The endings are not always as succinctly approached as I’d prefer, but they are satisfying nonetheless.  The book also contains a series of illustrations from Lorena Matić, complimenting the book’s tone with snapshots of individual scenes.

Most of the stories are written in present tense, hurtling the reader directly into the inciting incident.  From a linguistic standpoint, you can tell that Ackie is fresh off a poetry collection as he writes these stories, inserting a number of poetic devices into his prose—alliteration pops up everywhere and some pieces have a distinct lyrical quality.  His environments are clear and he finds precise ways to describe otherworldly occurrences.  For example, in handling the surrealist elements in “The Colour of Nothingness,” Ackie writes these vivid lines: 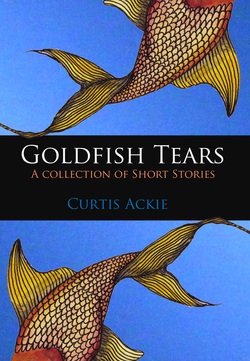 “She runs her hand along the doorframe and then sticks the left one out.  Gobbled up by the colourless nothing, the digital pentad ghosts out of sight, but the sensation in her wrist suggests the invisible appendage still exists.  Unnerved, she pulls her hand back in and waggles her fingers about in front of her face to make sure all is in order; four and a thumb, normality.”

This simple scene helps depict that which is literally undepictable—Ackie describes the look of “nothing” through a character’s curiosity about the blank void on her porch.  Her sensation is captured by the description of a phantom limb, but it isn’t overdone.  And rather than bluntly describing her worry with some overused platitudes, Ackie shows the character’s somewhat vexed thoughts through her actions.  The character counts her fingers to make sure they are all there, and this simple action clues the reader into her state of mind.  Ackie does this all with active text and a keen awareness of how his character is behaving.  He lets his characters make choices within their worlds rather than simply having the worlds exist around them.

However, there are a few moments when this breaks down.  In some instances of character action, Ackie loses his bead on the character’s motives and they come off as detached character sketches.  The characters are occasionally said to “see” the environment or “hear” a sound in a generic, explanatory way.  This takes the reader back to a place of observance rather than engagement with the world.  These simple phrases tend to damage the beautiful language highlighted in “The Colour of Nothingness.”  In some settings, these descriptors are useful in conveying a character, but in Ackie’s surrealist realm, I think it pulls the reader too far out.  In these instances, the reader is aware that this is just a story on a page—it shatters Ackie’s otherwise adept world-building.  But that is a picky thing to gripe about, since a lot of the stories retain the active presence that Ackie’s tales demand.  The immediacy of his present tense POV and the penchant for lyricism across the book keeps Ackie’s stories connected to the reader.  Goldfish Tears is a solid collection of short stories from this poet and novelist.

Ravi Mangla’s chapbook, Visiting Writers (Uncanny Valley Press, 2011), consists of 23 pieces of flash fiction.  These pieces each describe a chance encounter with a famous writer—removed from the trappings of academia or pop-culture consumption, these slices of life peer into the characters of Flannery O’Connor, Vladimir Nabokov, Charles Bukowski, Grace Paley, and other notables.  Mangla’s chapbook wants to provide fun little glimpses into humanizing moments—in the candid space, the writers behave in ways that give sly glances into the idiosyncratic quirks that may or may not have shaped their own writings.  It attempts to link art and artist.  Unfortunately, in many of the pieces, it comes off as too obvious.  I appreciate that each piece is resolute in its brevity, but ultimately these short visits into the lives of famous authors don’t use their few phrases to any advantage.  The journey comes off as somewhat contrived, as each reference to a new author reads more like a library manifest than a story.
That said, I also appreciate the way Mangla tries to keep things low-key despite the misplaced high-brow platitudes.  Bits of humor keep things light, such as the following two-sentence piece: “At the DMV I waited in line behind Gordon Lish.  He wanted a custom license plate but couldn’t settle on the right combination of letters.”  It’s a neat little nod to Lish’s reputation as a meticulous wordsmith.  The collection is full of these inside jokes for well-read audiences, but the end result of these little gems doesn’t have staying power—it just reads like a laundry list of winks from Mangla that become almost expected and anticipated by the end of the chapbook.
This first chapbook from Ravi Mangla has an ambitious premise, but it doesn’t meet expectations.  However, Visiting Writers represents a step toward a more cohesive authorial voice for Mangla.  There is evidence of Mangla’s attention to detail throughout the chapbook, and even if the chapbook fell flat for me, I imagine that some of Mangla’s stylistic choices will evolve and serve him better in his next collection.  All writers grow and learn as they revise their work, listen to critics (or ignore them as necessary), and reflect on past projects.  I sometimes wretch when looking back at my work from five years or even five minutes ago; Ravi Mangla’s piece is fine-tuned enough that it doesn’t force this gag reflect, but it still misses the mark.  So this brutal review aside, Mangla may be an author to watch.  Visiting Writers was contrived, and it almost used its premise as a crutch—hiding behind its literary references while failing to impress on its own merits—but when Mangla steps into his next project, the undercurrents of craft in Visiting Writers could come to the surface in an amazing way.
Review by James R. Gapinski
© 2012, All Rights Reserved 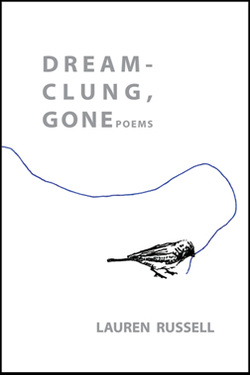