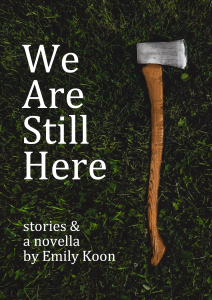 James R. Gapinski talks about his favorite writers at “The Review Review”

The Conium Review‘s managing editor, James R. Gapinski, was recently interviewed by The Review Review along with eleven other editors. They discuss their favorite writers, both established and emerging. Read the full article here.

James R. Gapinski’s “Determining the Gull Bone Index” was recently published by SmokeLong Quarterly as a weekly feature. This flash fiction was just released as part of their quarterly edition (issue number 51). The issue also contains an interview, where guest editor Chase Burke asks James some questions about his piece. Check out the full interview here.