Hillary Leftwich lives in Denver, CO.  She holds an MA in Creative Writing from Regis University, and she’s co-founder of the “Denver Shitty Writers” group.  She was recently interviewed by The Missouri Review for their “Working Writer Series.”  You can follow her on Twitter or read her WordPress blog.

Adam Padgett was a contributor to The Conium Review‘s Spring 2013 issue. His fiction has also appeared in Appalachian Heritage, Santa Clara Review, Cold Mountain Review, SmokeLong Quarterly, and elsewhere. He is a mentor for PEN America’s Prison Writing Program, and he teaches writing at the University of North Carolina at Charlotte.  You can follow Adam on Twitter. 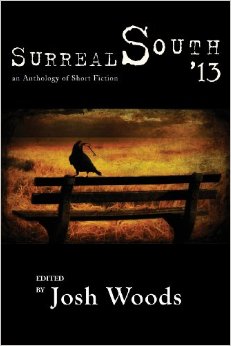