Will Walawender and James R. Gapinski published in NANO Fiction 8.2 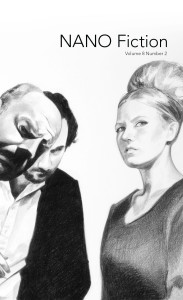 Will Walawender and James R. Gapinski each have flash fictions appearing in the latest NANO Fiction.  Pick up a copy of Volume 8, Number 2 on the NANO Fiction website.

Congrats to both of them!

Will was recent contributor to The Conium Review Online Compendium with  “Seashell.” His fiction has also previously appeared in The Bookends Review.

James is The Conium Review‘s Managing Editor, and you can find more of his fiction in Word Riot, theEEEL, Burdock Magazine, and elsewhere.