James is The Conium Review‘s managing editor, and his work has recently appeared in Please Hold Magazine, Lunch Ticket, Juked, NANO Fiction, theEEEL, and elsewhere. Links to more of James’s fiction are available on his website, and you can follow him on Twitter via @jamesrgapinski.

The Conium Review has expanded over the past year, and we’re excited to make books and chapbooks a regular part of our publishing platform. In 2016, Conium Press will be releasing two standalone titles: Girl & Flame, by Melissa Reddish and Souvenirs and Other Stories, by Matt Tompkins.

We’ll post incremental updates about both of these releases as the 2016 publication calendar moves forward. Thanks for reading, writing, and supporting our small press. 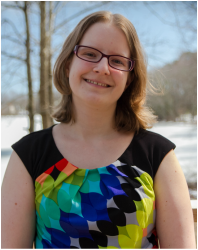 Girl & Flame is a novella told in a series of innovative flash vignettes. The protagonist bonds with a piece of flame leftover from an inferno that consumed her brother, father, and lover. Through this relationship, the protagonist explores her complicated family history and her place in the world. Melissa’s novella pairs experimental syntax with magical realist and surrealist snapshots into the lives of the girl, the flame, and the ghosts and ashes left behind.

Melissa Reddish’s short story collection, My Father is an Angry Storm Cloud, was published by Tailwinds Press earlier this year. Her flash fiction chapbook, The Distance Between Us, was published by Red Bird Chapbooks in 2013. Her work has appeared in decomP, Prick of the Spindle, and Northwind, among others. Melissa teaches English and directs the Honors Program at Wor-Wic Community College. 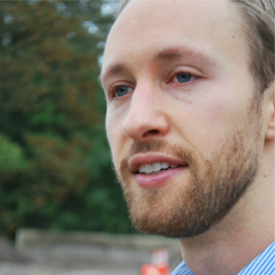 Souvenirs and Other Stories is a collection of six absurd and surreal stories, each presented as a first-person monologue. Throughout the collection, a father evaporates, items mysteriously appear and fill an apartment, an eye surgery causes optical hallucinations, and more. These strange occurrences are often paired with touches of earnest humor, but they also probe authentic emotional responses when the levity fades.

Matt Tompkins is the author of Studies in Hybrid Morphology, forthcoming from tNY Press in 2016. His stories have been published in H_NGM_N, Atticus Review, Cheap Pop, Post Road, Gigantic Sequins, and elsewhere. Matt works in a library and lives in upstate New York with his wife, daughter, and cat.