The annual Association of Writers & Writing Programs (AWP) conference is less than a month away, and we’re getting amped up for the obligatory tote bags. Our staff and contributors will be sharing their favorite AWP happenings on our blog over the coming weeks, and we hope to see you at the conference (stop by table #1238 and say “hello” to The Conium Review staff).

“The Violence of the Page”

This panel explores the various tones, reasons, genealogies, and methodologies writers might choose to employ when representing violence, cruelty, and bodies on the page. The writers on this panel have explored these issues in a variety of genres (fiction, scholarship, and poetry) and in a variety of registers (comedic, elegiac, outrageous, conceptual, documentary, and more), and are uniquely capable of discussing the aesthetic, political, and metabolic effects of such writing.

“It Ain’t What They Call You, It’s What You Answer To: Peeling Off Genre Labels”

How does fantasy fiction (or sci-fi, or detective or horror fiction) become literary fiction? Who decides how/when the genre label gets affixed, or peeled off? Why is the move from genre to literary always somehow a narrative of progress, implying a lesser realm left behind? Hear firsthand as writers with varying affinities to genre fiction reflect on how they negotiate with (wrestle, embrace, sidestep) genre conventions in the creation of their work.

Beginning with a short reading, this panel of translators and writers explores the formal problems, aesthetic choices, and political implications of translating contemporary Japanese poetry. Panelists discuss the diversity of Japanese poetry and consider how the pleasures and challenges of translation animate their own writing. Poets under discussion include Takashi Hiraide, Sayumi Kamakura, Shirō Murano, Kiwao Nomura, and Gozo Yoshimasu.

South Korea’s contemporary history has been deeply impacted by US imperial policies. Yet its history remains relatively unknown: its war, dictatorships, and 47 Free Trade Agreements. We poets and translators discuss feminist Korean poets and propose poetry-as-activism and translation-as-resistance to colonizing power.

“What the Heck Does Innovative Fiction Actually Mean?: Authors Cut Through the Jargon”

(James R. Gapinski, Ashley Farmer, Manuel Gonzales, Matt Bell, Carmiel Banasky) Innovative fiction is fast becoming a literary buzzword. It’s often a placeholder term for experimental or avant-garde, but what does it really mean? It’s time for a down-to-earth chat that eschews all the labels and jargon. In this panel, presented by The Conium Review, several authors cut through the marketing ploys and hype for a candid talk on the strange, weird, and new in contemporary fiction.

“In the Realms of the Real and the Unreal”

This panel explores genres of fiction that juxtapose the real and the unreal in experimental ways: historical fiction, literary fantasy/science fiction, weird fiction, and satire. Where do we draw the line between a secondary world and a distorted reflection of our own world’s beauty, violence, and diversity? Can we discern a poetics of the unreal in contemporary fiction? How have the continual debates over generic boundaries—and/or their irrelevance—affected the ways contemporary writers work?

“In Whose Image: Trans and Genderqueer Writers on Magic, Spirituality, and (the Bodies of) G-d”

Spirituality, like writing, hinges on transformation. Similarly, trans and genderqueer writers have unique experiences with transformation on and off the page. This dynamic panel explored the intersections between ritual, myth, magic, magical realism, and even end-rhyme as they shape our various embodiments and faiths. We don’t want to save you, but we hope you are ready to be changed.

This panel features short readings and commentary by four first-time novelists in the burgeoning field of contemporary war literature. The authors’ novels, each published in either 2015 or 2016, highlight new possibilities for representing combat, war, and military culture in fiction. Building on recent critically acclaimed fiction depicting conflict in Iraq and Afghanistan, the panel authors refine our understanding of the human dimensions of war overseas and on the home front.

Whatever the chosen form, making is a dominant force in any artist’s life. For writers, the creative material—language—is simultaneously precise and slippery, irreducible and expansive; metaphor is a lie that tells the truth, and image a construct made from the sound and meaning of language. This reading features three writers who practice various literary and artistic forms—fiction, poetry, nonfiction, and painting—and will be followed by a conversation moderated by their editor.

Rita Bullwinkel is a Conium Review Vol. 4 contributor. She lives in Nashville, Tennessee where she is a fiction MFA candidate at Vanderbilt University and the Fiction Editor of the Nashville Review. Her writing has appeared in several publications including VICE, NOON, Spork and Hayden’s Ferry Review. She is a graduate of Brown University, a Vanderbilt Commons Writer in Residence, a Sewanee Writers’ Conference Tennessee Williams Scholarship Award winner, and a Helene Wurlitzer Foundation grantee. Her story “In the South the Sand Winds are Our Greatest Enemy” was selected by Joyland Magazine as one of their top five favorite stories published in 2015. The Nashville Review will be exhibiting at AWP at booth #1500.

Pre-orders for The Conium Review Volume 3 are on sale through early November or until supplies last. The current pre-order price is $10.00. Retail price will be $12.00 after release. Our last issue sold out early, so be sure to reserve your copy today. 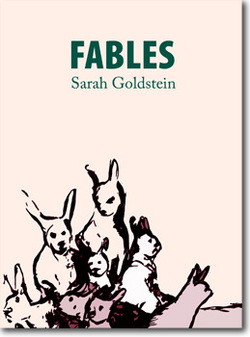