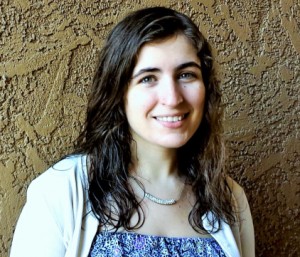 Lindsay Hunter has selected Kathryn Hill as the winner of the 2016 Innovative Short Fiction Contest for her short story, “The Mother.”

Kathryn Hill is an MFA candidate in fiction at Arizona State University where she also teaches and reads prose for Hayden’s Ferry Review. Her fiction has appeared in Passages North, Pamplemousse, and Glassworks Magazine, and is forthcoming in Gigantic Sequins, Fiction Southeast, and Four Chambers Press. She is the recipient of a 2016 Virginia G. Piper Global Fellowship and is currently at work on her first novel.

This year’s finalists are Kate Gies, Ingrid Jendrzejewski, Marc Sheehan, and Z.G. Watkins. With an honorable mention for Tara Kipnees. Here’s what Lindsay had to say about Kathryn Hill’s winning story:

“This story felt as alive, as full of cells, as the child the protagonist agonizes over carrying. It is heartbreaking and harsh, and an important insight into the ever-morphing chemistry of a mother’s brain. We are and aren’t our mothers, metaphorically and chemically, for better or for worse. Motherhood is a choice; it both is and isn’t.”

Kathryn’s piece will be published in The Conium Review: Vol. 5, scheduled for November of this year. She will receive a $500 prize, contributor copies of Vol. 5, and a copy of the judge’s latest book. As usual, there were plenty of amazing stories to chose from. Lindsay Hunter and The Conium Review staff thanks all those who submitted. We hope you’ll send more work again soon!

We’ll be announcing the 2017 judge soon. Sign up for our newsletter for this and other upcoming news from The Conium Review and Conium Press.

Matt Tompkins discusses “Why I Write” at Fiction Southeast

Conium Press author Matt Tompkins recently wrote a brief essay for Fiction Southeast‘s “Why I Write” column. He discusses an early love of books, and how books were always there for him as a child; Matt notes that “books never mocked, never judged, never shrugged, never slurred, always answered.” He goes on to discuss his later evolution from reader to writer, exploring creative text as “a way to process, reflect, and integrate my own experience.” Read the full essay here.

Matt is the author of Souvenirs and Other Stories and Studies in Hybrid Morphology. He works in a library and lives in upstate New York.

Matt Tompkins (author of the Conium Press title Souvenirs) has a new piece of writing up at Fiction Southeast. Read his story, “Visceral,” here.