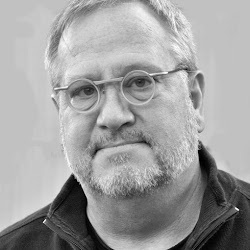 So what is creative flash nonfiction? Dinty W. Moore, editor of The Rose Metal Press Field Guide to Writing Flash Nonfiction, works toward a definition in his introduction to the volume. He is well positioned to do so, having established Brevity, an online journal of short literary nonfiction, more than sixteen years ago and having edited numerous flash nonfiction essays. Moore’s writing preferences indicate a willingness to relinquish a degree of control in the writing process. These preferences are apparent in the selections included in the volume. Readers familiar with Moore’s book The Mindful Writer will see how those preferences play out in the writing of flash nonfiction.

Working within the frame of 750 words or less, the writers of these essays jump immediately “into the edge of the fire,” to use Moore’s imagery, “getting to the fire” as quickly as possible. The authors write with concise language using the same elements, of course, of other literary forms, but making voice, verb tense, sentence sound, and mood serve this extremely short form in the most expeditious way. The form, then, promotes a sense of the immediate and the personal.

All of the 26 authors presented are editors and instructors, as well as writers of the brief form. A flash nonfiction prompt follows each author essay, followed in turn by an essay example. This allows the reader to see the application of the writing idea(s) the author offers.

Though not all of the applications were readily apparent to this reviewer, Brenda Miller’s “I’m sorry” essay made the application highly visible. She demonstrates how the recall of a single object lead her into a deep emotional response and understanding of an event in her past. Her essay approaches, yet manages to avoid, a self-pitying wallowing.Anne Panning finds “thingy-ness,” that is, concentration on ordinary, everyday objects, useful in forming flash nonfiction. Her first essay shows us how a small object or part sometimes stands in for the whole and can be used “as a means of reaching something much larger.” Her final essay, “The White Suit,” is one of the most poignant in this volume. 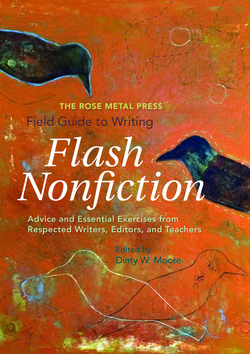 In Lia Purpura’s essay we are directed to all things miniature, from dollhouses to Fabergé eggs to Chihuahuas to Chopin’s Preludes. Miniatures, she discovered, cause us to experience time as compressed. In viewing certain objects, such as miniature railroads, the smaller the objects, the more detail we notice, such as the lettering on a tiny boxcar, or the spatial scenes enclosed within an egg.

When Kyle Minor begins his essay with “We begin with the trouble, but where does the trouble begin? My uncle takes a pistol and blows his brains out,” we don’t know where he will lead us. Minor himself may not have known where his essay would take him. He seems to meander back and back in time, until he has lead us into the Garden of Eden. His exercise asks us to play with the element of time. The question of where we begin is only one of many choices we make for a piece of writing, he says.

In “The Sounds and Sense of Sentences” Barbara Hurd quotes Virginia Woolf: “Style is a very simple matter:  it is all rhythm. Once you get that, you can’t use the wrong words.” Contrariwise, Hurd states, “Aristotle knew that when music satisfies, it’s not just because we like how it sounds, but because it goes somewhere.” Her writing exercise advises you to copy favorite sentences of authors you admire and post them around the house. “Read them aloud, slowly and often. Then try imitating each of their rhythms and structures.” Listen for how the rhythmic pattern of a sentence does or does not propel the sentence sense forward, she advises. In her second essay she speaks of silences and pauses in action, such as the way blizzards shut everything down, or the functions of rests in musical scores.

Judith Kitchen writes on digression, and Ira Sukrungruang on using the “You” instead of the “I” in memoir. Aimee Nezhukumatathil wants you to take a plant, an animal, or landscape about which you know very little, research it, and then do “the fun part: expand each fact just enough to create an original and surprising rendering of the subject at hand,” trying to evoke a distinct mood.

Norma Elia Cantu steers us toward the use of shifts in tenses. She writes, “In my autobioethnographic writing I often blend the tenses in a piece to take the narrative to the past and situate it as a NOW event. I am remembering an event at a fiesta in Spain in the 1980s and comparing it to the next time I was at the fiesta in 2010. In this way, I can shift between what it was like years before and how it is in 2010; but as I write about it from the vantage point of what I call ‘the writing present,’ the spring of 2011, I am allowed to insert a future tense as well.” For her prompt, she asks a writer to think of a photo of (him)herself at a given age and ask: Who is taking the photo? What is the occasion? What are you sitting or standing on? If that child in the photo would talk to you, what would (s)he say? Then Cantu asks for a free-writing session, “letting yourself go wherever the writing takes you, answering the prewriting questions or not.” A next challenge is writing the exercise in different tenses, including the future tense.

Robin Hemley’s essay arose when he accepted a challenge to write an accompanying piece for a friend’s series of photos of people running (i.e. late to appointments) and women idly “twirling their hair.” His essay concluded with explanations of the stadium and punctum (i.e. the point in the photo at which the decisive emotion, or “wound,” occurs), and of how we can bring these same elements to bear in an essay. “It’s the correlation between the literary imagination and the photograph that interests me, that inspires me as a writer,” Hemley says. For his prompt, he suggests students write about a given photo from one’s past. Then write about an imagined photo. Write so convincingly that your reader cannot distinguish which photo is fake and which is real.

Nichole Walker guides the writer into concentration on two disparate subjects, focusing on these for perhaps days at a time. She encourages us to allow our brain, as writers, to bring the two together into new juxtapositions, resulting in something unique, different, and idiosyncratic. Walker states, “Threading two narratives together in this way might work for you as it does for me—giving me a broader canvas onto which to figure out what I’m trying to say.” In her ensuing essay she brings two narratives into certain coherence, and surprises the reader with specific uses of the words “resonance” and “the methodology behind wishing” and, with poignancy at the ending, “We’re all walking on eggshells here.”

Moore presents so many ideas, approaches, images, methods, and styles in this volume. It’s a rewarding read, especially for the aspiring writer or for the teacher of the art of this miniaturized form. The collection carries us into newer modes of expression. We are free to explore them in order or randomly, like the crows seem to do on the beautiful cover of the paperback.

A list of suggestions for “Further Reading” accompanies the collection. It was compiled by the editor, the contributors, and the press and includes such works as Flannery O’Connor’s Habits of Being, Lia Purpura’s On Looking: Essays, Simone Weil’s Gravity and Grace, Virginia Woolf’s The Death of the Moth and Other Essays, and a collection, Distance and Direction, by Judith Kitchen to whom this anthology is dedicated. The breadth of this list itself indicates the sobriety of intent the authors represent in this useful volume.