James R. Gapinski talks about his favorite writers at “The Review Review”

The Conium Review‘s managing editor, James R. Gapinski, was recently interviewed by The Review Review along with eleven other editors. They discuss their favorite writers, both established and emerging. Read the full article here.

The 2016 Seersucker Writers Workshop is now accepting applications. Our recent contest judge, Amelia Gray, is one of the visiting faculty. Zach Powers, a recent contributor to The Conium Review, is also one of this year’s special guests! The other faculty and guest writers include Arna Hemenway, Patricia Lockwood, Chad Faries, Sjohnna McCray, Alexis Orgera, and Gale Marie Thompson.
The Seersucker Writers Workshop is a program of Seersucker Liver, a literary nonprofit in Savannah, Georgia designed to promote the local literary community through reading performances and workshops, featuring national, regional, and local writers. The workshop runs from February 3rd to February 7th, 2016 in downtown Savannah. More details and registration info are available on the Seersucker Live website. 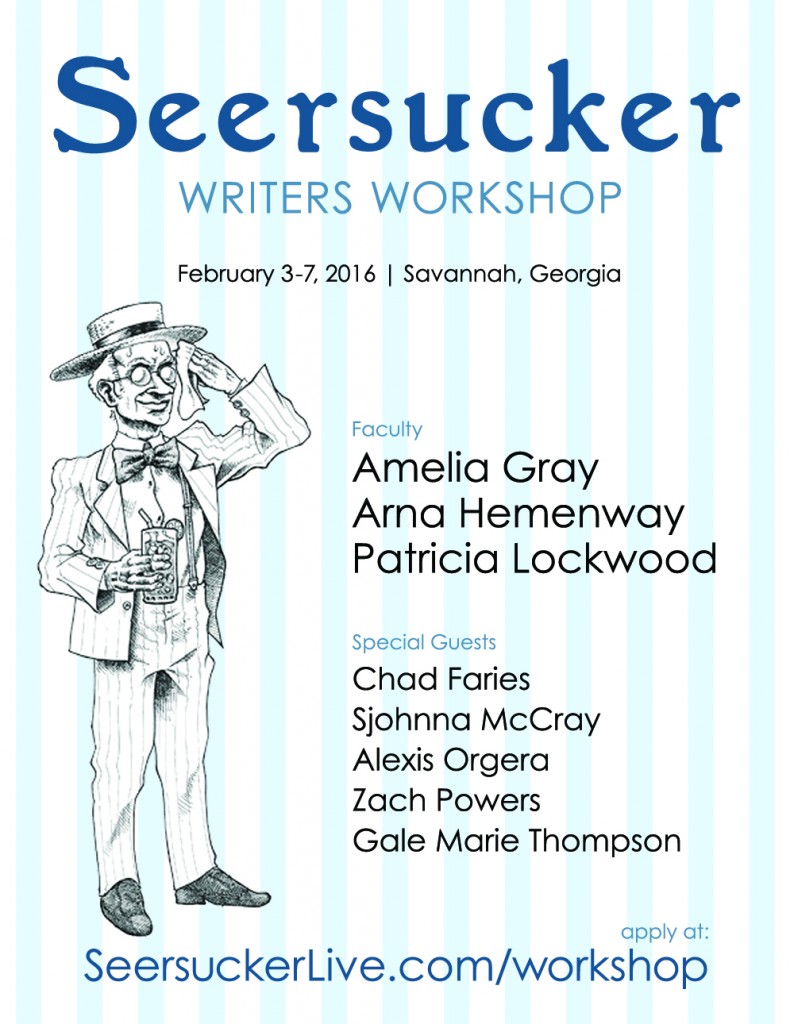