Chelsea Werner-Jatzke interviews The Conium Review contributor Jack Granath.  His work has appeared in Vol. 1, No. 1, Vol. 1, No. 2, and on our Online Compendium.

[Chelsea Werner-Jatzke]: The title of “For Bandit and Teddy and the Rest” does a lot of work. Do you feel that a title carries more heft in flash fiction than in longer fiction?

[Jack Granath]: As a reader, I’m sometimes mystified by a poem until I glance back at the title and realize it makes perfect sense. (That can be a good thing or a bad thing.) Maybe this is a common role of the title for short pieces in general, including flash fiction. They can situate, contextualize, point. Other titles will complicate, give texture—point again, but in a direction you wouldn’t expect. I’m not sure what Bandit and Teddy do here.

What I would like to avoid is the title that does nothing the poem or story isn’t already doing, like a voice-over describing the action or the emotions that you’re sitting there watching at the movies. When I notice I’ve used one of those, it’s usually for a piece that shouldn’t have had any title at all.

[CWJ]: In crafting “Year of the Monsters” for Gabriel Garcia Marquez, dying, was there a particular work you were referencing while writing this?

[JG]: That story is easily one of the strangest writing experiences of my life. I was reading One Hundred Years of Solitude, got a García Márquez sound going in my head, put down the book, and picked up a pen. I wrote a story about the death of an old man and dedicated it, “For Gabriel García Márquez, dying.” That was at the end of February and he died in April. So I think the focus there was mainly on his ghost. Or at least on the premature shenanigans of his ghost.

[CWJ]: I’m interested in your progress from poetry to fiction. At what point in the writing process do you decide something is distinctly prose and follow that, rather than writing a poem? For instance, what makes “After the Japanese,” originally published in Rattle, a poem and not a story? Time passes, action takes place, character develops, a moral emerges.

[JG]: That’s a big, interesting question. I’m not sure I would use the word “progress” to describe anything I do. “Small, circular wayfaring” gets closer to it.

In his essay, “The Prose Poem in America,” Russell Edson says, “Time flows through prose and around poetry. Poetry is the sense of the permanent, of time held. Prose is the sense of normal time, time flowing.” It’s a great essay, going on to talk about how the length of a work plays a role in this too.

That last consideration makes me think of Suzanne Bernard’s great book about prose poems. For her, brevity (and a special power derived from it) is one of the three defining qualities of the poem in prose (the others are unity and freedom). She quotes Edgar Allan Poe, “I hold that a long poem does not exist. I maintain that the phrase, ‘a long poem,’ is simply a flat contradiction in terms.”

But as a guy who loves lots of long poems, I have to say it’s more a question of concentration than brevity. I don’t think action, character development, and a moral (does that poem really have a moral? What have I done!) matter much in terms of the way we classify fiction and poetry.

Just as some poems need to be sonnets and some need to be free verse, others need to be prose. The point at which that decision is made can happen disastrously late or disastrously early, but usually it’s another thing that, like the title, turns up on its own.

[CWJ]: I was impressed with the way that “Very Important to Them,” published on Opium in 2008, seemed to grow through the comments left on the website. The evaluation forms you used for writing the piece spill over into your piece because it was published electronically. Do you have pieces that you feel belong in print vs. pieces that belong on the Internet?

[JG]: The Internet as a publishing platform is a contradiction. A piece on the Internet is so easily accessible that lots of people will see it, but many of us still labor to squeeze our stuff into print publications that hardly anyone will read. We do that because what we publish on the Internet disappears so soon, so effortlessly, and so completely.

So time again: poetry with time flowing around it. There’s nothing sadder than a monument squatting there in its ignorance of geological time, but a poem isn’t that exactly. It’s more like a handful of mud shaped into something and left out in the garden. In some cases that garden is called the Uffizi. In others it’s just a patch of shrubs in a Kansas suburb. Either way, Renaissance statue or garden gnome, the thing is waving goodbye to the tourist or the mailman through every minute of its existence.

I agree that the small act of accretion that went on among those dangling reader comments adds a layer to that piece, extends it with a bit of unintentional irony, I think. Print, electronic, wherever it winds up, pretty much anything can happen to a poem. 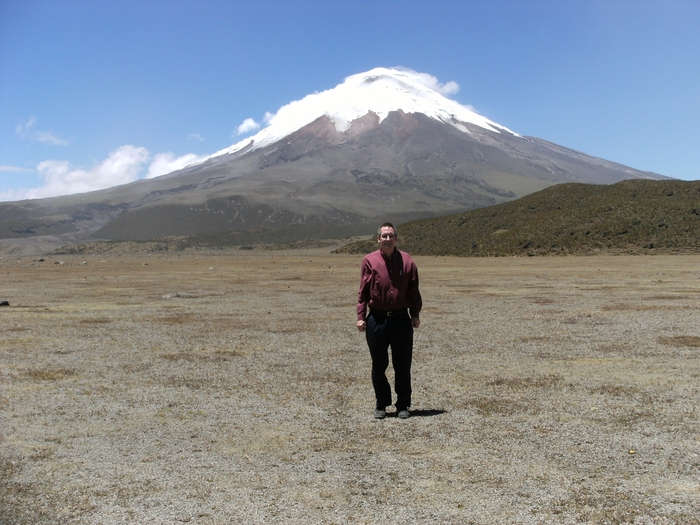 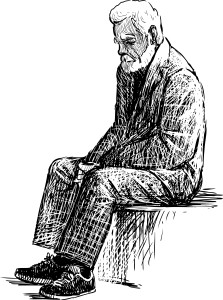