Jinny Koh’s essays “Pinhole“ and “Maid, To Love“ were published by Columbia Journal and Litro respectively. Congrats on the recent publications, Jinny!

Congrats on the publication and honorable mention, Jinny! 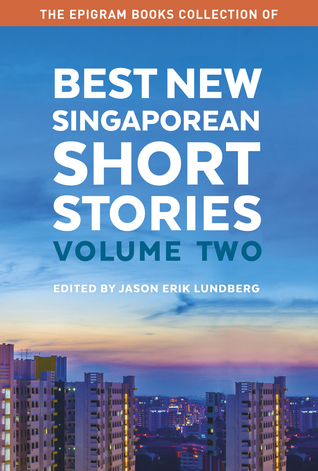 The girl was born with a fish head. At first, the mother cursed herself for prodding too many fish at the market. This is my karma, she thought. Secretly, the father blamed himself for a previous affair. I must have caught some stupid disease, he suspected. Whatever the reason, the girl with the fish head was born and there was nothing they could do about it.

Despite the girl’s fishy origins, her parents loved her. They decorated her nursery with pictures of sea animals and anemone, brought her to the aquarium to show her that she was not alone, abstained from eating fish (although the father drove out once a week for a plate of crispy cod and chips on the sly), and even served her worms for dinner. Thankfully, the girl’s refined palate rejected them in favor of mac and cheese, burgers and fries.

In school, teachers often asked the girl what type of fish she was. Some tugged at her whiskers and claimed that she was Catfish. Others squinted at her grayish complexion and insisted she was Artic Char. The girl could not answer them because she had no idea. Poring over dozens of encyclopedias, she found no fish that resembled her. “It doesn’t matter what you are,” the mother said after discovering the girl in her bedroom, books strewn everywhere. The girl’s gill covers flapped furiously, exposing the pinkish flare underneath. That was the only way to decipher emotions on her otherwise expressionless face. She did not have tear ducts and could not cry. The mother cupped the girl’s throbbing cheeks and said, “You are not a label. You are our little fish and we love you.”

Growing up, the girl realized she was not that different from her girlfriends who also wrestled with issues like body odor. On cool days the girl carried a sweet, salty scent of the sea. But under the sweltering sun, she doused herself with copious amounts of deodorant to mask her perspiration, a stench akin to rotten flesh.

She also had her own share of boy troubles. Friendly and beautiful, getting the first date was a breeze. The problem was always with the kiss. Some complained about her slimy lips when she got excited. Others said her tongue was too short. One boy left without a word after cutting his mouth with her scales. She concluded that love was not meant to be. I’ll be a nun, she thought miserably, a nun with a fish head.

One day, the girl found out that a swimming competition was going to be held at the beach in two weeks. Now, despite her fish head, the girl was not a good swimmer. Her hands and legs were clumsy in water, as if they could not catch up with her head that moved and breathed effortlessly. Friends often mocked at that irony. Here’s the chance to prove my worth, she thought, her gill covers flapping in excitement.

The girl practiced her moves at the public pool every afternoon to the point where she believed she could win.

The big day arrived. The girl wore her favorite bathing suit with bright yellow seashells and went to the beach with her parents. The judges took one look and disqualified her. She has an obvious advantage, they said, unanimously shaking their heads. “Please,” the girl begged, “I practiced really hard for this.” After much persuasion, the judges relented. But no tricks, they warned.

The girl quickly took her place in line on the shore. The goal was to swim to the lighthouse and back. “On your marks,” the judge said, “get set… go!” The girl swam as fast as she could, hands and legs in a flurry. But something was wrong. A school of fish was following her. “Go away,” she garbled, slapping their heads and tails. But the fish were relentless, forming a crowd around her. Soon, more fish joined them. By then, her competitors were far ahead. “Please, leave me alone,” she said. It was no use. There were hundreds of fish. They dragged her down into the sea, refusing to let her go.

Night came. The competition had ended hours before but no one had left the beach. They were looking for the girl with the fish head. The police scanned the waters until the sun rose. Turning off their torches, they sighed and said, “We think she might have drowned.”

“Impossible,” her parents cried out, “she has a fish head, for goodness sake!”

Days dragged to weeks. The mother stopped going to the market for fear of recognizing one of the fish heads for sale. Others might not be able to tell one fish from another but she would. She knew her child’s face like her own – those lopsided whiskers, blue-green eyes, gill covers where three beauty marks rested on each side. When the mother slept, the girl’s head kept swimming in her mind, and salty tears would drench her pillow beneath.

The father no longer went to the pier for his regular fish and chips. He had no appetite for any food, much less fish, and his heart squeezed whenever he received flyers from sushi joints.

Years slipped by and slowly, the mother and father moved on. It wasn’t that they no longer pined for their daughter. Instead, they have accepted grief like an old friend who would accompany them to the grocery store, join them at the dinner table, and share their sheets in the quiet of the night. They try to comfort themselves with the idea that their daughter had found new life in the waters. “Perhaps she is now a sea princess!” they said. Even so, hand in hand they would venture to the beach in the evenings and, standing on the dusty yellow sand, call out for their daughter to come home.

Jinny Koh, born and raised in Singapore, now lives in Los Angeles with her husband and daughter. She was the Fiction Editor at The Southern California Review while pursuing her Master’s Degree at the University of Southern California. Her essay can be found on Role Reboot and she was a finalist for Potomac Review’s flash fiction contest.