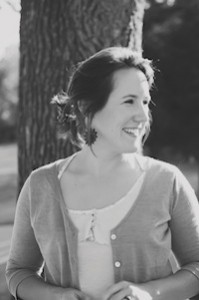 Just a couple days until The Conium Review Vol. 3 Collector’s Edition is released (and the paperback edition).  Here’s another preview.  Jan LaPerle’s surrealist flash fiction, “Laden,” is a 3.5″ by 3.5″ booklet.  It has a 65-lb black cardstock cover with a white casewrap around it and white interior pages. 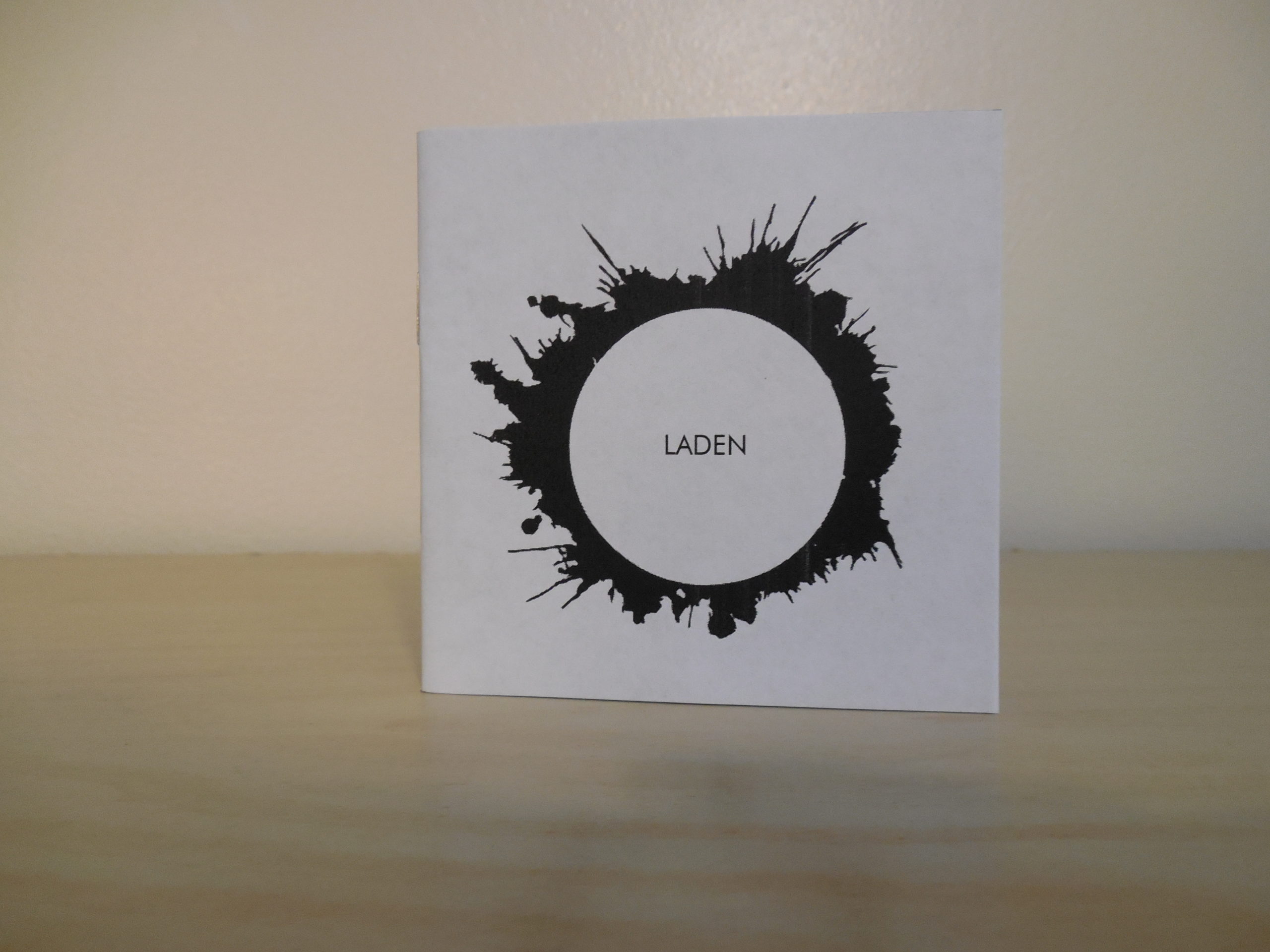 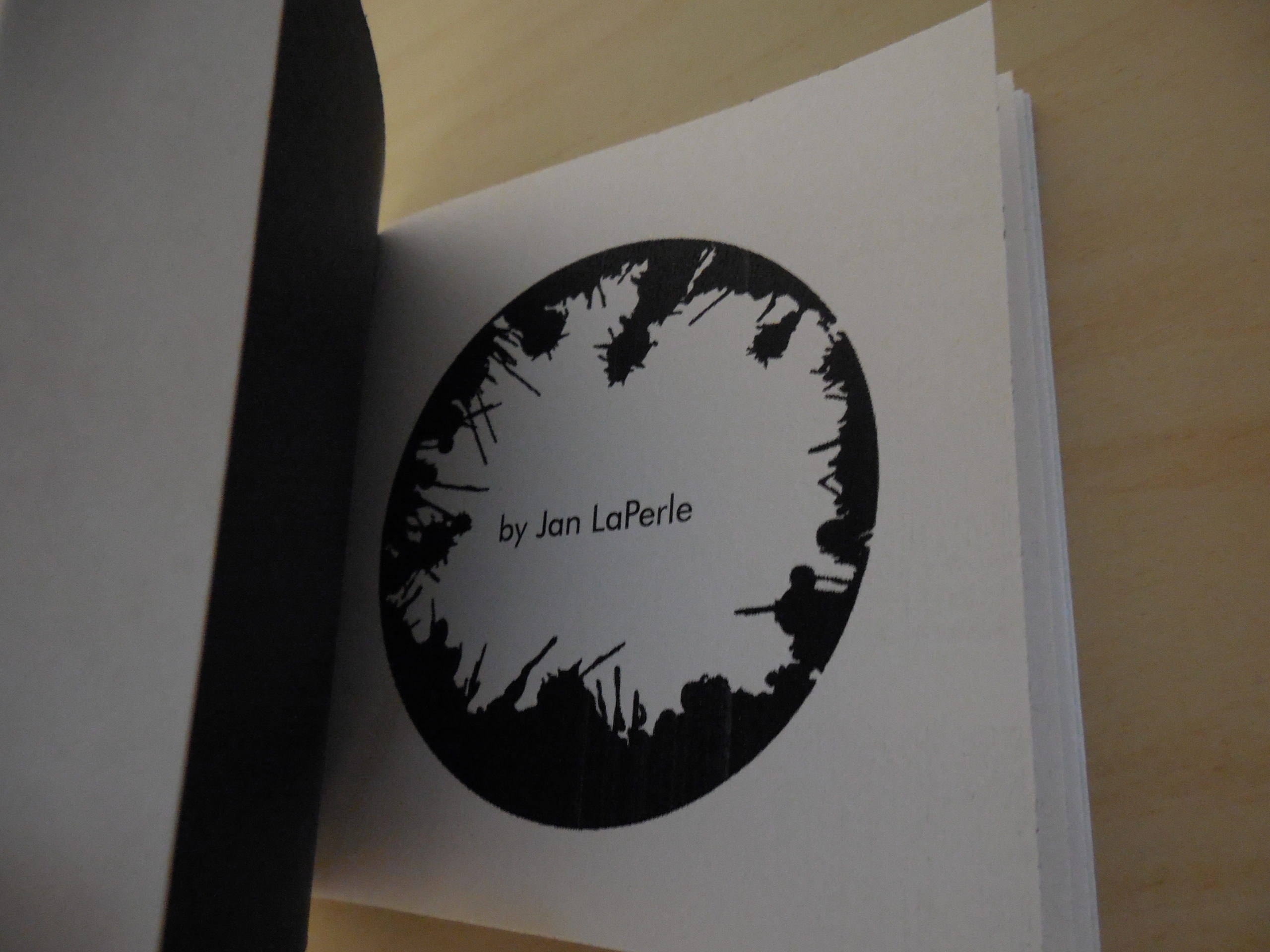 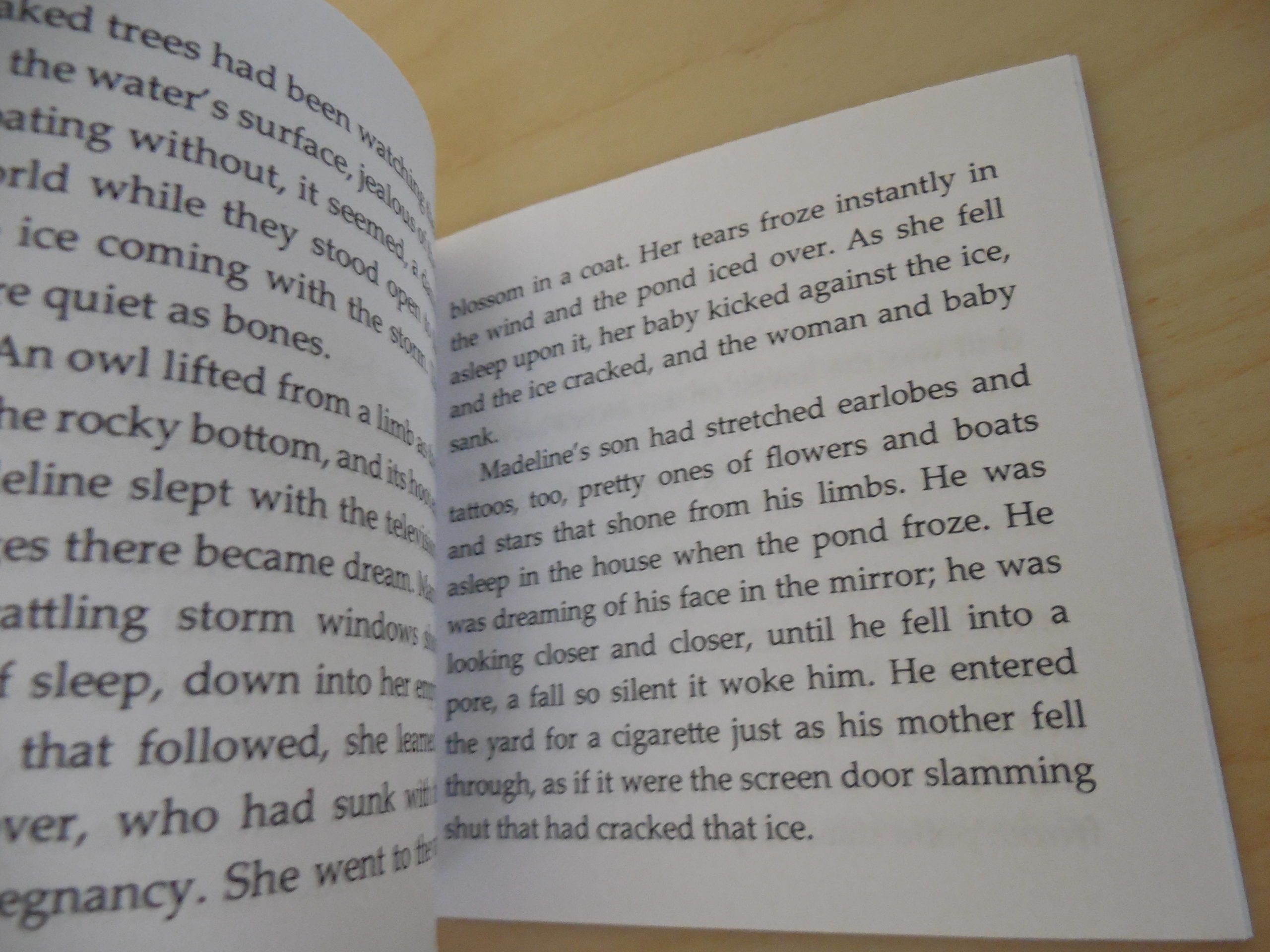