Melissa Reddish’s Girl & Flame is slated for August, 2016. It’s a gritty little book with explosive syntax and raw characters that’ll sear your retinas. Laura Ellen Scott calls Girl & Flame “a startling love story about madness that is, at turns, both crude and courtly.”

We’re pleased to unveil the cover mock-up. Pre-orders for this novella go on sale in coming months. But if you buy this book, we suggest you take Mel Bosworth’s warning seriously: “Keep the fire extinguisher handy.” 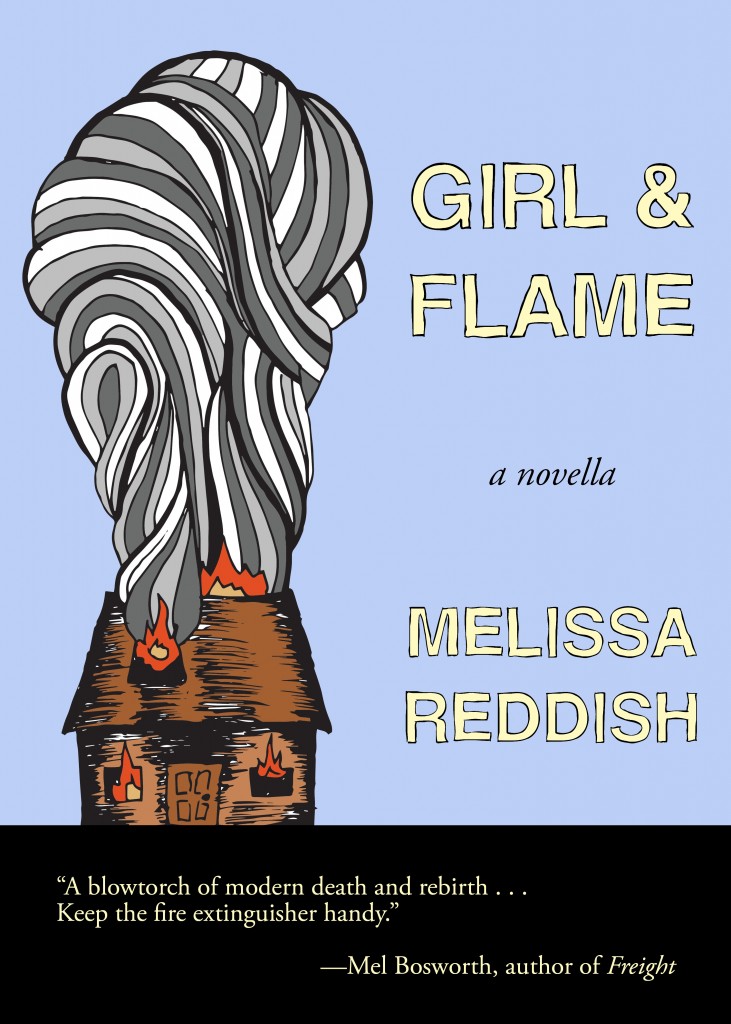 Submissions are now open for The Conium Review‘s next print edition! Send up to three flash fictions, two short stories, or one novella. We like innovative works. Experiment with structure and form. Blow the lid off reality. Give us absurd situations and far-out characters. Get weird with it. The submission deadline is April 1st, 2016. Full guidelines available here: http://coniumreview.com/submission-guidelines/

Yesterday, we began previewing the The Conium Review: Vol. 4 collector’s edition with Kayla Pongrac’s “Chiroptera.” Today, we’ve got another peak for you! Rita Bullwinkel’s “Passing” is included in the collector’s edition as a micro-chap. This 7-page saddle stapled booklet is printed on 24-lb. natural linen paper with a 90-lb. bright white card stock cover. You can pre-order the Vol. 4 paperback here (which also includes Rita’s flash fiction), and the collector’s edition will soon be available from our store too! 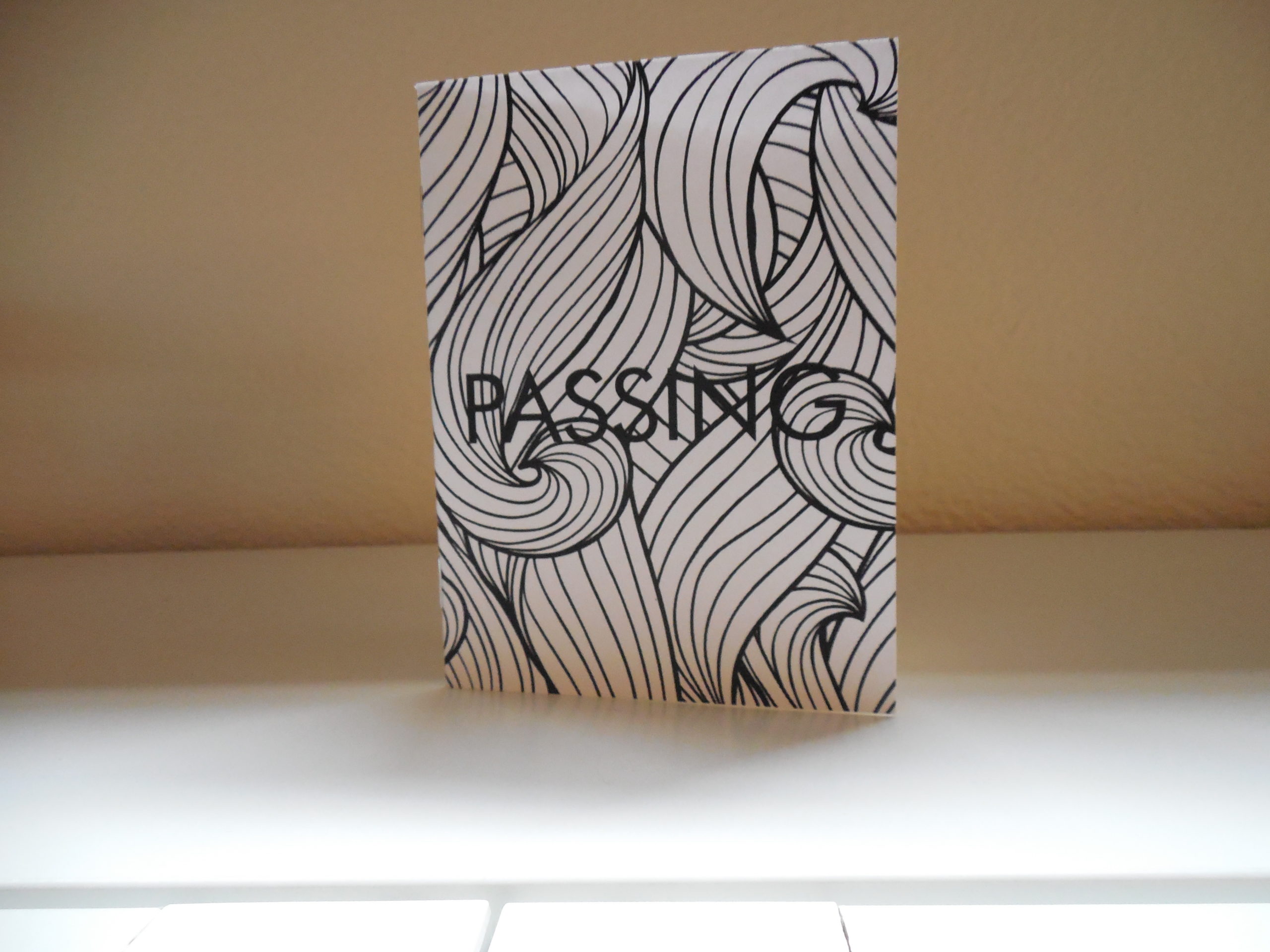 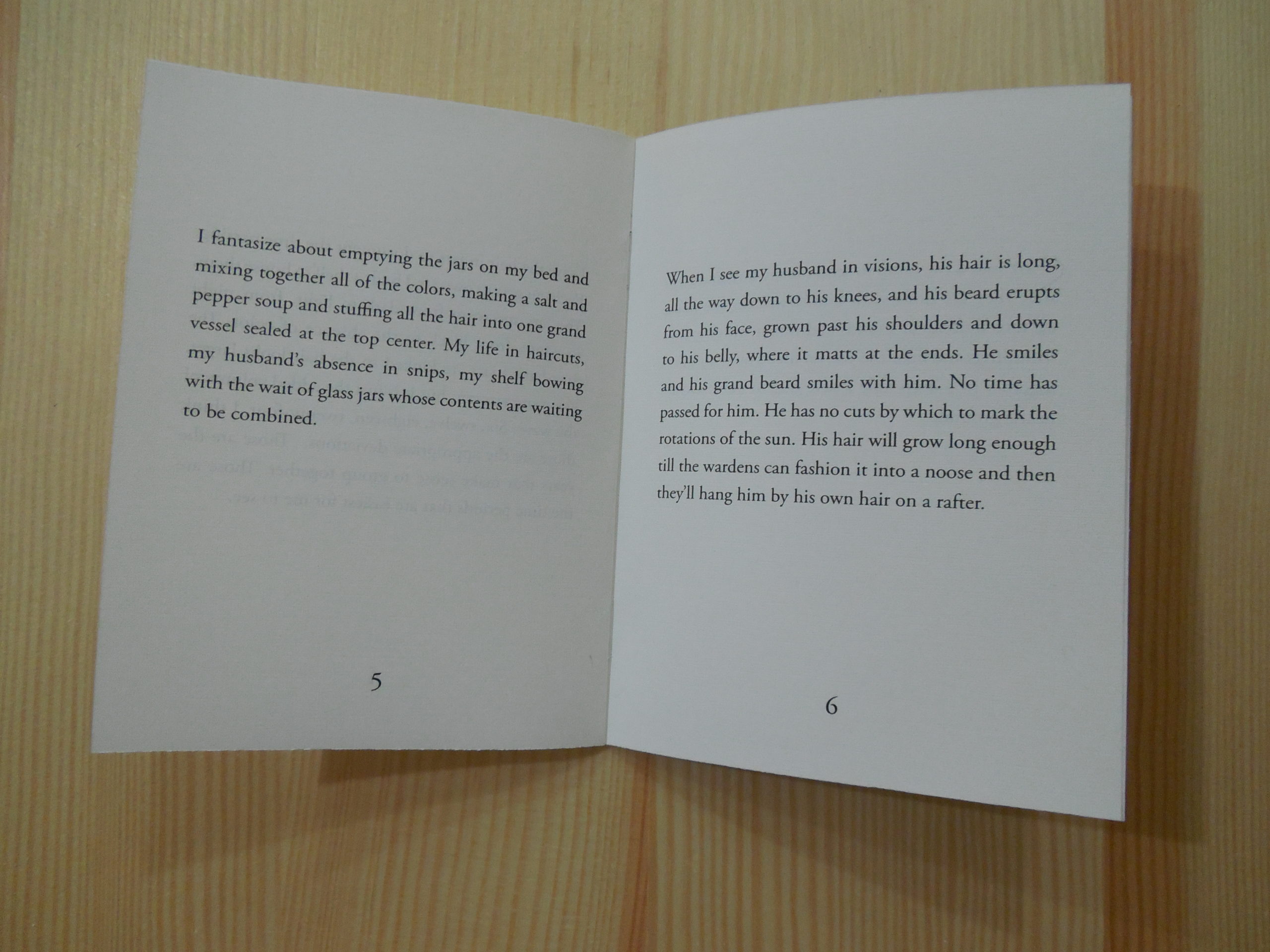