Zach Powers was in our last issue with “Sleeping Bears,”and he’s back with a pseudo-vengeance in The Conium Review: Vol. 4. The paperback hits shelves November 30th—that’s also when the Collector’s Edition officially goes on sale. For this year’s Collector’s Edition, Zach’s “The Eating Habits of Famous Actors” appears as a 5″ by 5.25″ 8-page mini-chap. The cover is printed on 90-lb. white index stock. There’s a filmstrip silhouette punched through the paper, showing leaf of 65-lb. black card stock beneath. The inner pages are printed on 24-lb. ivory-colored paper. 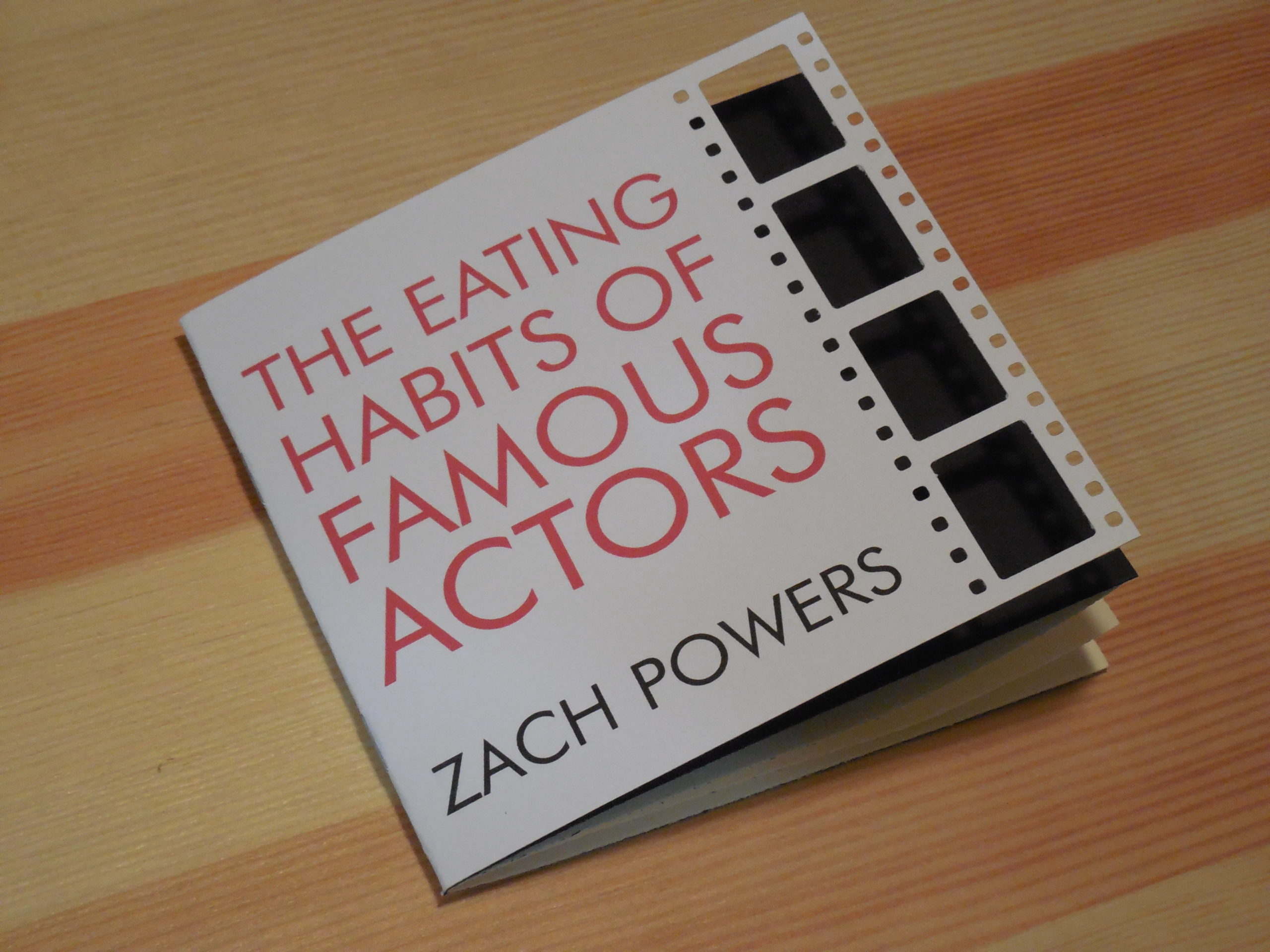 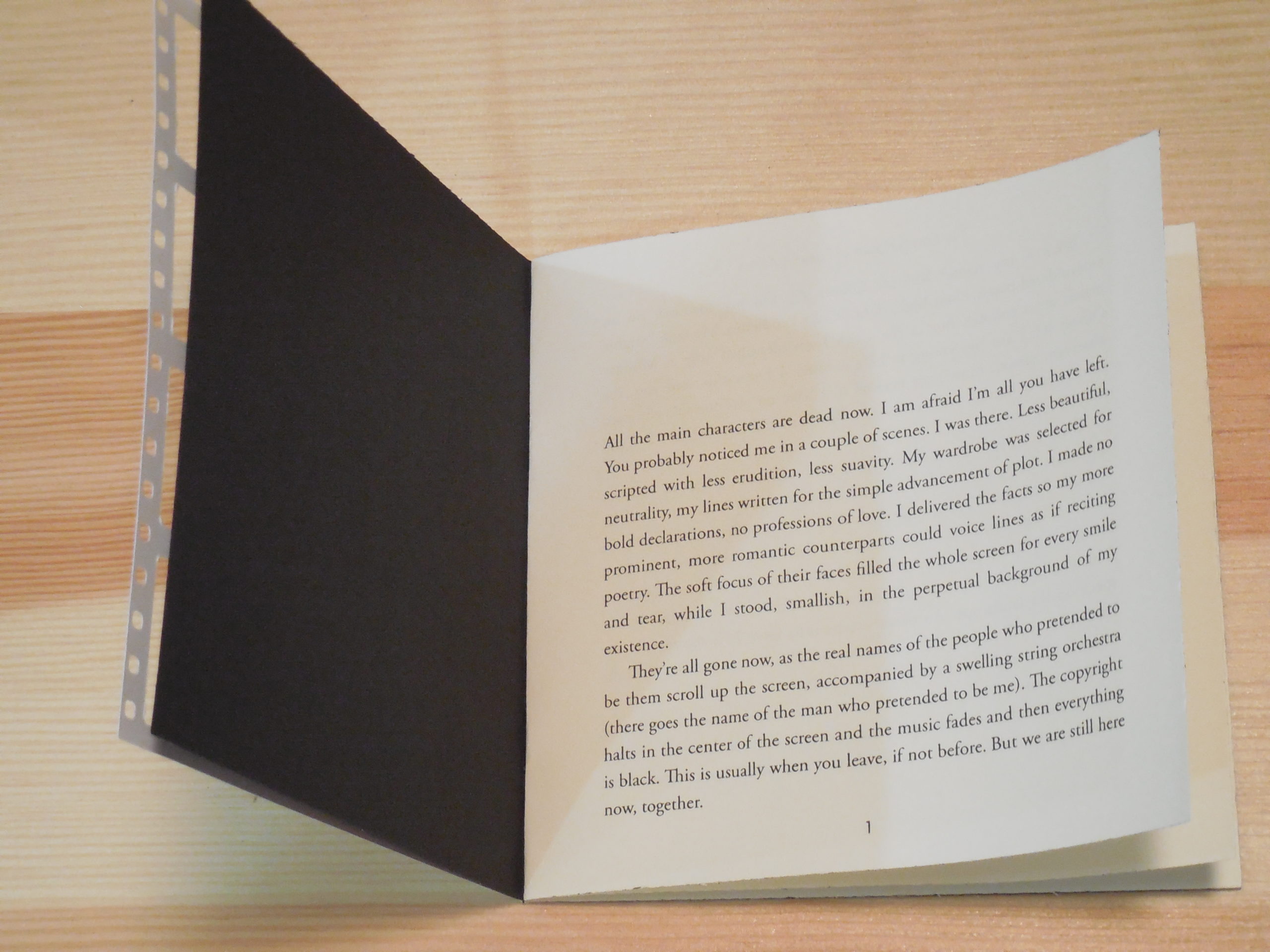 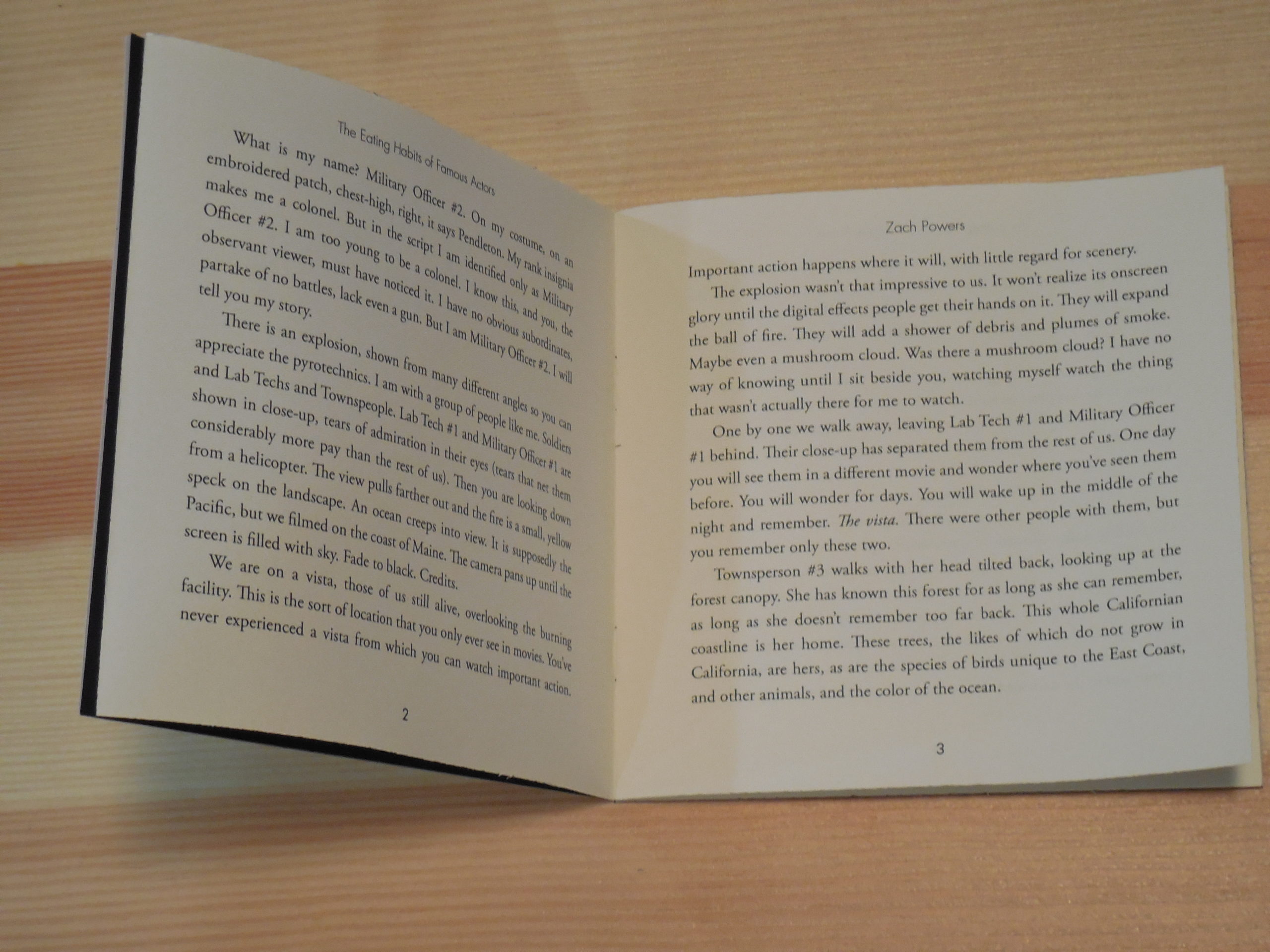 Emily Koon’s “Butterbean” is slated to appear in The Conium Review: Vol. 4 Collector’s Edition as a 5.5″ by 7.5″ chapbook. The chapbook’s red linen cover opens from the center with a string-and-button closure made from baker’s twine and wooden buttons. The 12 inner pages are printed on 24-lb. bright white linen paper. 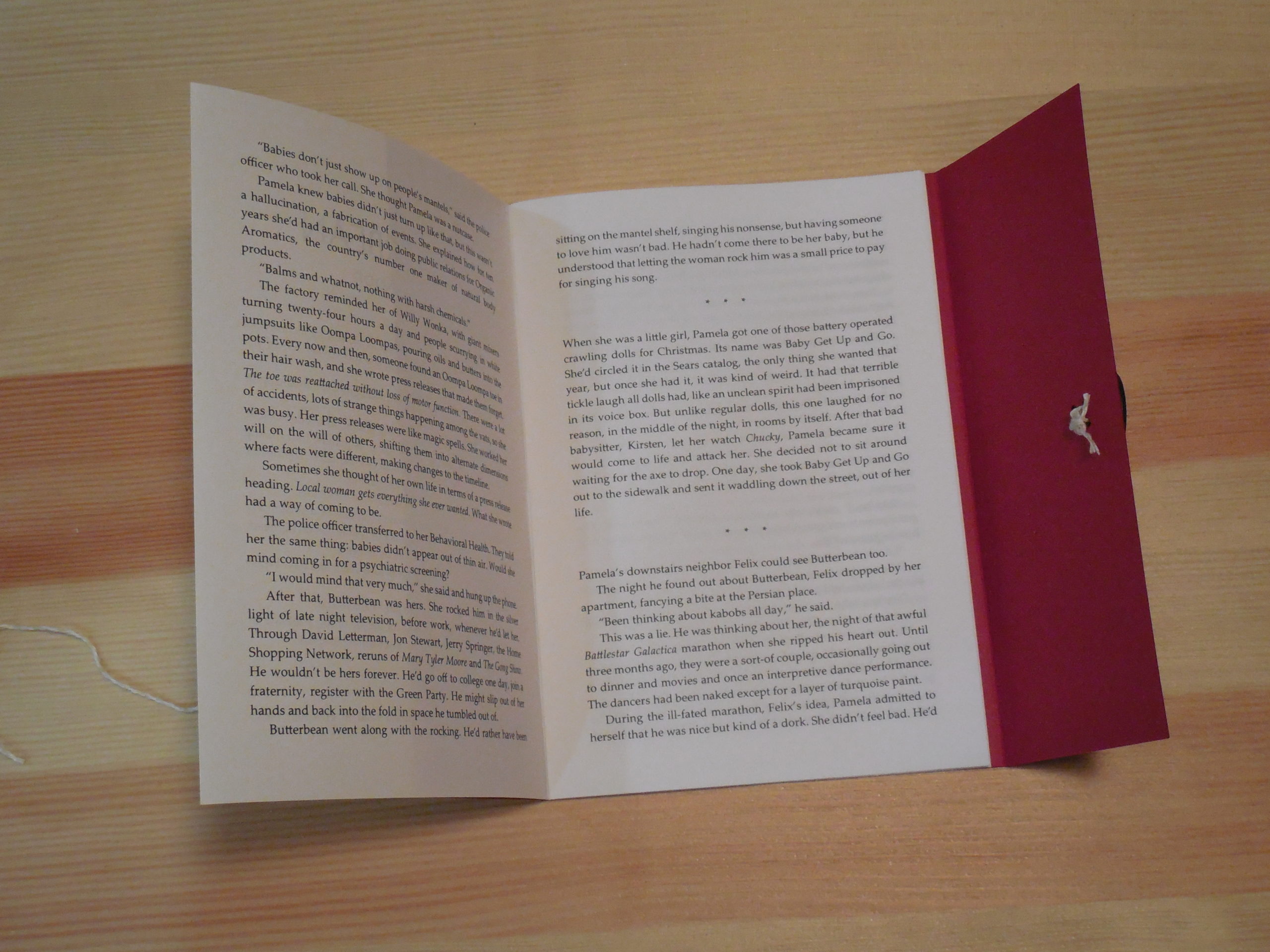 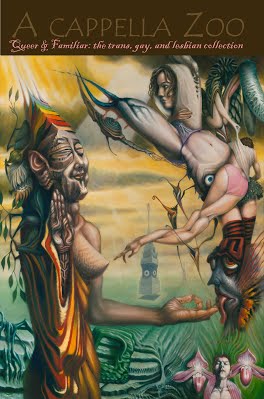 Tamara K. Walker (forthcoming contributor to The Conium Review: Vol. 4) and James R. Gapinski (The Conium Review‘s managing editor) have new work appearing in Issue 15 of A cappella Zoo. Issue 15 is a special issue devoted to LGBTQ stories. You can order the print version here. The Web version will be posted in November.