Michele Finn John’s “DJ’s Addictions” and Charlie Brown’s “Excerpts from the Fairly Tale Land Times” were both longlisted for the Wigleaf Top 50 (Very) Short Fictions. While these stories didn’t make the final top 50 list, we’re still excited to see them on this year’s longlist.

Congrats to all the other authors selected for this year’s list!

Michele Finn Johnson’s “The Constant Nature of Toxicity” was recently published on The Electronic Encyclopedia of Experimental Literature.

Congrats on the publication, Michele! 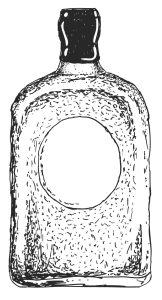