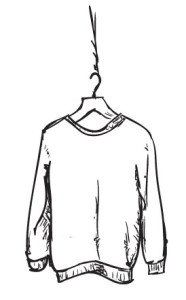 Amelia Gray (current Innovative Short Fiction Contest Judge and future galactic overlord) will be reading on Friday and Saturday at the 2015 AWP Conference in Minneapolis, MN.

James Gapinski, The Conium Review’s Managing Editor, recently took Conium Press on the road.  During a visit to the Midwest, James performed at the release party for Burdock Magazine’s 10th issue, live at the Miramar Theatre in Milwaukee, WI.  James also chatted with Keith Gaustad and Cynthia Spencer for upcoming episodes of The Conium Review podcast.  Keith Gaustad is the editor of Burdock, and Cynthia Spencer a poet and founder of the Cloudburst Reading Series.

The Conium Review sampler chapbook will be coming to our store soon, and you can also find copies of Burdock’s 10th issue on our website.