You’ve heard that same line from a dozen (or more) publishers: “Due to the volume of submissions we receive, we are unable to offer personal comments.” It’s true. Most small press editors are overworked and unable to provide individualized notes. But now you’ve got options. Starting on May 15th, we’ll begin accepting submissions through our new Feedback & Critique Service. The service is geared toward emerging authors, though authors at any level are welcome to submit work for feedback.

The submission fee for this service is $30. Within two weeks, you’ll receive an editorial letter containing a detailed critique (roughly one single-spaced page long). The editorial letter may also recommend some books and/or other literary magazines. When you submit your piece for critique, there’s also an option to have it considered for publication (provided that the submission has not been not previously published).

This is currently a pilot program, and the queue will initially be open from May 15th to May 31st. If there are enough submissions to sustain this service, it will be continually offered throughout the year. The editorial letters will typically be written by our founder and managing editor, James R. Gapinski. This is a unique opportunity to get your work reviewed directly by a seasoned editor with years of experience editing, publishing, and marketing a nationally distributed literary magazine.

“Notes from the International Bulletin of Surrealism,” by Chris Bullard 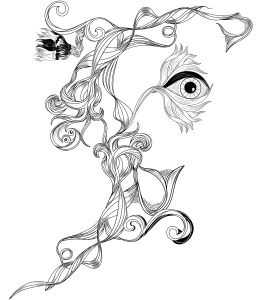 M. Duchamp informs us that he has retired from painting to play chess. His first move is P-K4.

R. Magritte reports that he is selling a collection of several thousand images that he has appropriated. Please contact him for current prices.

We recently received a note from M. Ernst informing us that he is now appearing as a winged dragon in a painting by his wife, Dorothea. He says that she caught the cutest expression on his face.

The Annual Membership Fee for the next seven months is due as of the vernal equinox. These members are currently in arrears: Y. Tanguy, T. Tzara, A. Wyeth.

Utne Reader has re-published our recent article “Open the Prisons, Disband the Army!” under the title “Improve Your Mind.”

The Editors wish to thank S. Dali for his recent Christmas card which is completely blank except for S. Dali’s signature. The card is expected to fetch upwards of $10,000 at auction.

A. Breton, who is a filthy Trotskyite, recently took a trip to the Gaspé Peninsula with his wife, Elisa. She tells us that every day they took fishing tackle and went out in a small boat and dreamed a fish. Several were records for that region.

Rebel! Resist! Instigate! And please watch out when you drive to work for small children on their way to school in the dark.

Chris Bullard is a native of Jacksonville, FL. He lives in Collingswood, NJ. He received his BA from the University of Pennsylvania and his MFA from Wilkes University. Plan B Press published his chapbook, You Must Not Know Too Much, in 2009. Big Table Publishing published his second chapbook, O Brilliant Kids, in 2011. WordTech Editions published his first full-length book of poetry, Back, in November of 2013. Kattywompus Press published his third chapbook, Dear Leatherface, in January of 2014.