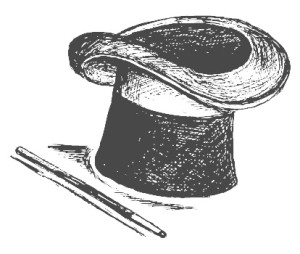 With Jesse Graves and Ernest Lee, Thomas Alan Holmes has edited Jeff Daniel Marion: Poet on the Holston, an evaluation and celebration of his contributions to Appalachian literature and culture (University of Tennessee Press, 2016).

Thomas was a contributor to The Conium Review: Vol. 2, No. 1.

Gretchen McGill (Vol. 2, No. 2 contributor) recently published “Ars Poetica for a Mother” in the West Trade Review. Congrats on the publication, Gretchen!

Caitlin Scarano’s micro-chap, Pitcher of Cream, will be released at the 2016 AWP Conference in Los Angeles. You can get a FREE copy and have it signed by the author at our table (#1238) on Thursday, March 31st from 3:00pm to 4:00pm.

Below, you can see a sneak peak of this 6″ x 6″ micro-chapbook (not so “micro” depending on your definition). Caitlin’s story won our 2015 Flash Fiction Contest, judged by Laura Ellen Joyce. It was also recently selected for inclusion in The Best Small Fictions 2016 (forthcoming from Queen’s Ferry Press) by guest editor Stuart Dybek.

This micro-chapbook was produced as a limited-run publication. There are only 50 copies available. Each copy will be signed and numbered. We expect these to go fast (as a general rule, people love free stuff), so be sure to show up right at 3:00pm if you want a copy! Find information about all our AWP book signings here.