Leesa Cross-Smith has a new essay at SmokeLong 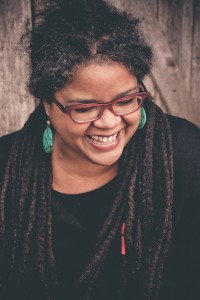 Leesa Cross-Smith (upcoming judge of our Flash Fiction Contest) has a new essay at SmokeLong Quarterly today! Leesa’s essay “Just a Flash. Did You See It?” is part of SmokeLong‘s ongoing “Why Flash Fiction?” series, wherein writers and editors explore their experiences writing and reading flash.

Leesa talks about a favorite flash from author Scott Garson, she recalls the process of writing her piece “Sometimes We Fight in Wars,” and she reflects on her editorial role at Whiskey Paper. Throughout this discourse, she muses about time (or lack thereof) and considers the accelerated narrative pacing of most flash fictions. Check out the full essay, “Just a Flash. Did You See It?” here.

James R. Gapinski’s “Determining the Gull Bone Index” was recently published by SmokeLong Quarterly as a weekly feature. This flash fiction was just released as part of their quarterly edition (issue number 51). The issue also contains an interview, where guest editor Chase Burke asks James some questions about his piece. Check out the full interview here.