The Conium Review: Volume 4 is currently slated for a mid-November, 2015 release. We’ve finalized the table of contents for this lean, mean fiction machine. Pre-orders for the paperback version go on sale soon, and we’ll unveil some sneak previews of this year’s collector’s edition as the release date nears.

About the Volume 4 Authors

Rita Bullwinkel lives in Nashville, Tennessee where she is a fiction MFA candidate at Vanderbilt University. Her writing has appeared in many places including NOON, Spork, Joyland,The Atlas Review, Paper Darts, and the book Gigantic Worlds: An Anthology of Science Flash Fiction. She is a graduate of Brown University, a Vanderbilt Commons Writer in Residence, a Sewanee Writers’ Conference Tennessee Williams Scholarship Award winner, and a Helene Wurlitzer Foundation grantee. Read more about her at ritabullwinkel.com.

Kayla Pongrac is an avid writer, reader, tea drinker, and record spinner. Her work has been published or is forthcoming in Vinyl Poetry, Split Lip Magazine, Oblong, HOOT, KYSO Flash, and Nat. Brut, among others. Her first chapbook, a collection of flash fiction stories titled The Flexible Truth, is available for purchase from Anchor and Plume Press. To read more of Kayla’s work, visit www.kaylapongrac.com or follow her on Twitter @KP_the_Promisee.

Theodora Ziolkowski’s poetry and prose have previously appeared or are forthcoming in Glimmer Train, Prairie Schooner, and Short FICTION (England), among other journals, anthologies, and exhibits. A chapbook of her poems, A Place Made Red, was published this year by Finishing Line Press. She is originally from Easton, Pennsylvania and currently lives in Tuscaloosa, Alabama. 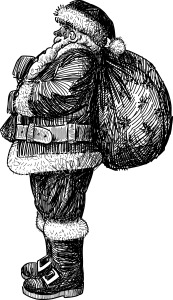 “Senior Superlatives: All Seniors MUST Vote!” by Kayla Pongrac 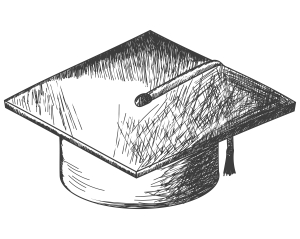 ALL STUDENTS in our graduating class are REQUIRED to vote for senior superlatives this year. Only a few people from last year’s class participated in the voting process, and the people who did ended up voting for themselves (SOOOOOO NOT cool). This year, it is MANDATORY that you vote so that our yearbook is way better than the one produced by the class of 2014. Also, we’ve added new categories to our friendly competition, so don’t skimp out on those new ones. Remember that you can only vote for yourself ONCE.

Sincerely & with LOTS of <3 and hugs,

Most Likely to Succeed:

Most Likely to Invent a New Form of Social Media:

Most Likely to Own Stock in Starbucks One Day:

Most Likely to Drop His/Her iPhone or iPad in the Toilet:

PLEASE RETURN YOUR BALLOT TO ME BY EIGHTH PERIOD ON FRIDAY. OTHERWISE, I WILL REPORT YOU TO THE YEARBOOK ADVISOR.

Kayla Pongrac is an avid writer, reader, tea drinker, and record spinner. Her work has been published or is forthcoming in theNewerYork, Split Lip Magazine, Oblong, The Bohemyth, DUM DUM Zine, and Mixtape Methodology, among others. When she’s not writing creatively, she’s writing professionally—for two newspapers and a few magazines in her hometown of Johnstown, PA. To read more of Kayla’s work, visit www.kaylapongrac.com or follow her on Twitter @KP_the_Promisee.