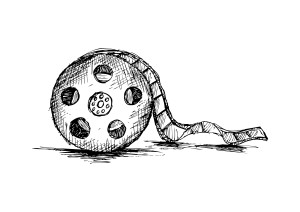 The Conium Review: Vol. 5 collector’s edition is coming soon! Here’s a sneak peak at some of this year’s design. This is a mock-up of the micro-chap for “Ruby Goes In,” by Kate Gies. This flash fiction was one of our 2016 Innovative Short Fiction Contest finalists. This little booklet is 3.5-inches by 3 inches. The cover is recycled craft paper, the interior leaf is 24-lb parchment paper, and the inner pages are 24-lb bright white natural linen paper. This is one of several individual stories that will be presented inside the collector’s edition.