Matt Tompkins discusses “Why I Write” at Fiction Southeast

Conium Press author Matt Tompkins recently wrote a brief essay for Fiction Southeast‘s “Why I Write” column. He discusses an early love of books, and how books were always there for him as a child; Matt notes that “books never mocked, never judged, never shrugged, never slurred, always answered.” He goes on to discuss his later evolution from reader to writer, exploring creative text as “a way to process, reflect, and integrate my own experience.” Read the full essay here.

Matt is the author of Souvenirs and Other Stories and Studies in Hybrid Morphology. He works in a library and lives in upstate New York.

“Souvenirs and Other Stories” ARCs

Matt Tompkins’ Souvenirs and Other Stories is three months away! This little book releases on June 15th, 2016. We’ve got a batch of advance review copies ready, and we’re looking forward to sending these books out into the world (and hey, shoot us an e-mail if you’re a reviewer and want to request a copy).

We’ll also be sure to set aside at least one copy for our table at the upcoming AWP Conference (table #1238). Stop by if you want to get an up-close sneak peak at this forthcoming Conium Press title. 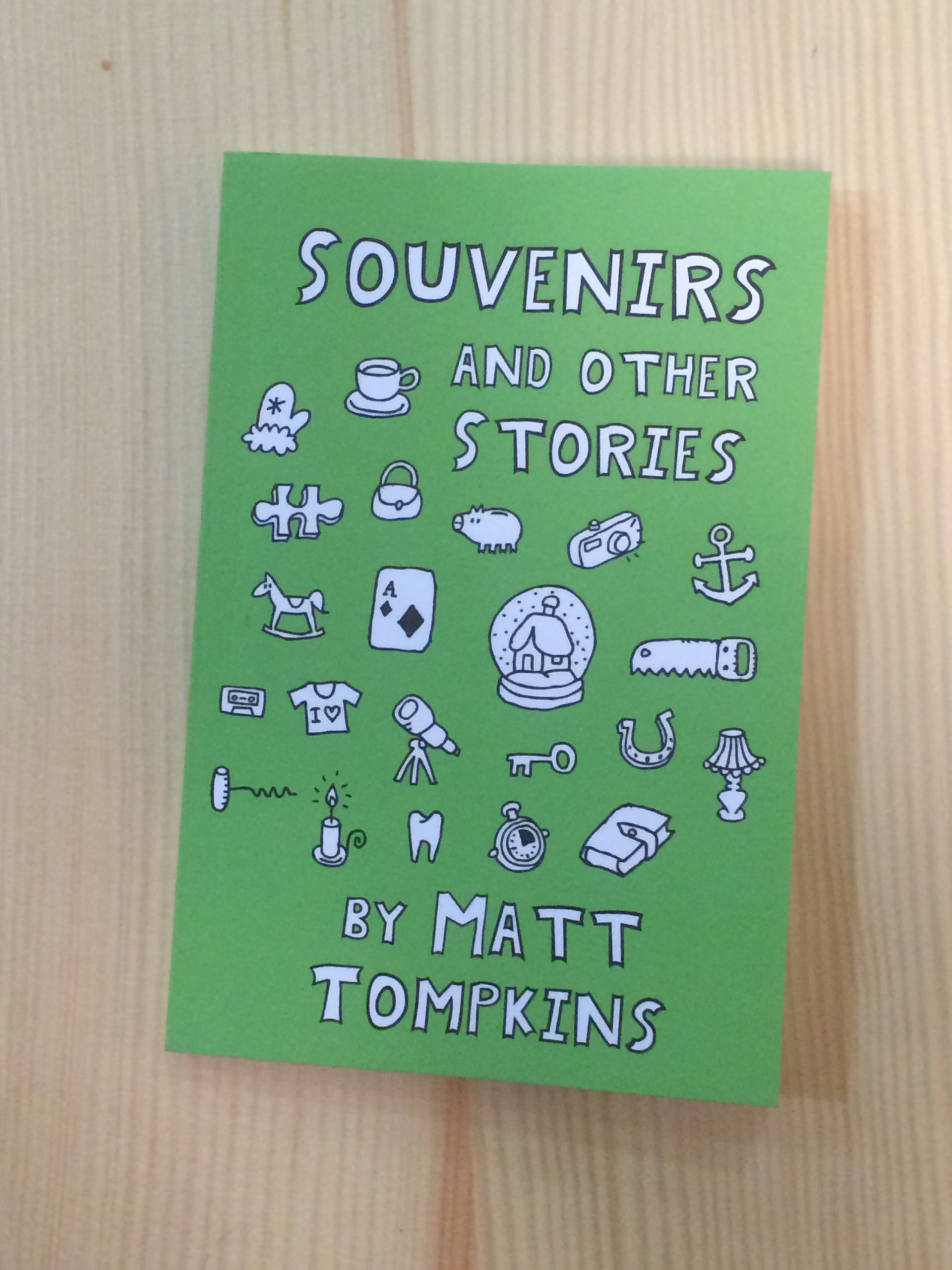 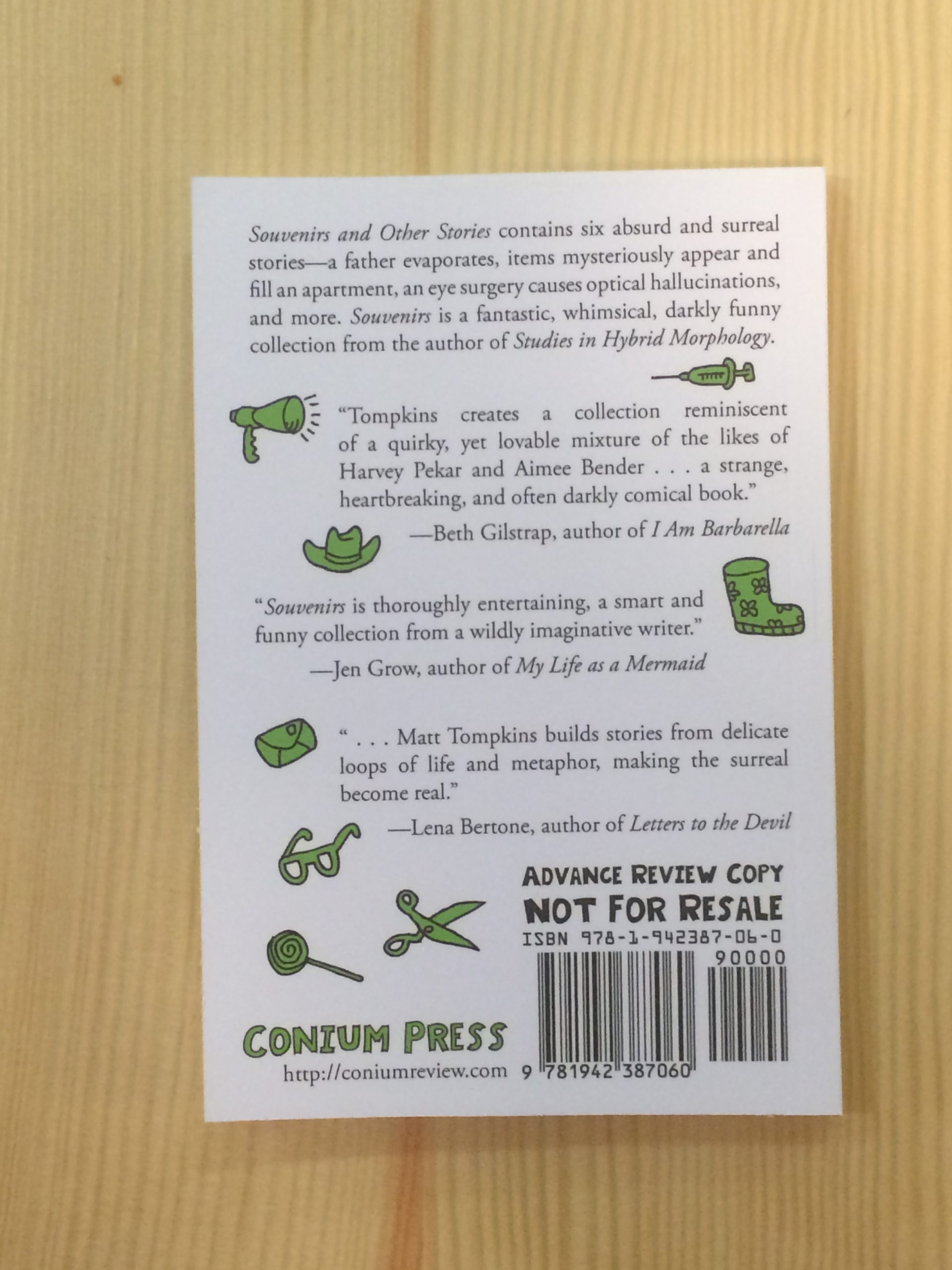