The Conium Review‘s managing editor, James R. Gapinski, has been named a finalist in the Tethered by Letters winter flash fiction contest for his story “Tuxedos and Evening Gowns.” The winner was Joy Baglio for his story “The Forgiveness Machine.” Find the full list announcement, including winners for the poetry and short story categories, on Twitter. 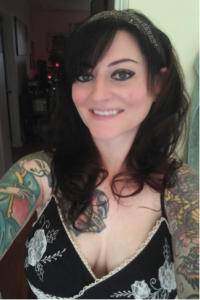