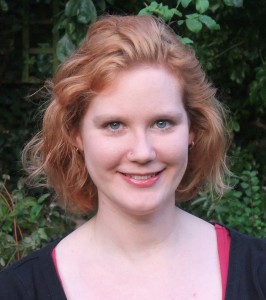 “A New Law of Nature,” by Katherine Forbes Riley 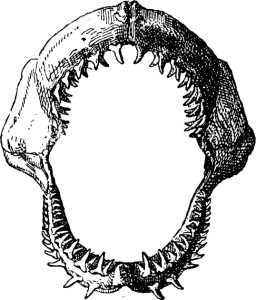 You call yourselves the most successful animal in the ocean. At the top of the food chain for millions of years, despite your small brain. You say, who needs intellect? Or empathy, compassion—your offspring learn young all that’s for weaklings and losers. You tell them, win at any cost. You’re under no illusion that it’s nice at the top; no it’s straight up competition for all you’ve got. But you get to cruise the oceans enjoying the view and never worry about what’s coming for you.

There’s no prey shape to our posture, no surface marking to signal our lower strata. Some of us are stupid, some of us are smart. We have beauty, color, and art. Some of our bodies are wildly bizarre, others are shaped much like yours, rounded and tapered at the ends to reduce drag in the water. But underneath all our flesh is bone, while you are constructed entirely of cartilage. So you swim faster, and turn more tightly. Your jaw holds many rows of teeth that freshly regenerate every few weeks. Some of us don’t even have teeth. Some of us can’t smell or hear while you can scent a single drop of our blood from hundreds of feet and hear us coming for miles. Over millions of years we’ve evolved through every possible social organization. You evolved into the perfect killing machine.

You tell yourselves you keep us in check. You say, without us their numbers would explode and then they’d all die of starvation anyway. You call it the law of nature. As if it’s the only one. But in fact it turns out that following a mathematical pattern called a power law, the speed of growth declines with size. That’s why a shrimp grows faster than a whale, and that’s why we naturally breed more slowly in places where there are a lot of us already. (Think about it, if you can, how you feel when we outnumber you. Hungry, aren’t you?)  And that’s why you do so well when there are many of you and just enough of us—an inverted pyramid top heavy with you. It seems like a paradox how you could survive unless you understand (can you?) how fast in those places everything under you cycles through, growing and dying but before we do reproducing as much as we can to survive you. You tell yourselves it’s a super-productive system, you tell yourselves it’s better for us too—all that sex, plenty of food—but you wouldn’t change it even if you knew we didn’t feel the same way as you. Your skin is an interlocking web of ridged diamonds, a structure that by its very design resists drag or attachment.

Katherine Forbes Riley is a computational linguist and writer in Vermont. A Dartmouth College graduate with a PhD from University of Pennsylvania, her academic writing appears in many places. Her creative writing appears in Halfway Down The Stairs, Noö, Spartan, Crack the Spine, Storyscape, Whiskey Island, Lunch Ticket, Eunoia Review, Literary Orphans, Eclectica, BlazeVOX, McNeese Review, Akashic Books, and Buffalo Almanack, from whom she received the Inkslinger’s Award.