The Conium Review: Vol. 6 comes out in December, 2017. We’ve finalized the table of contents, and we’re pleased to introduce the authors and stories slated for this issue:

ABOUT THE CONIUM REVIEW: VOL. 6 AUTHORS

Tamara K. Walker resides in Colorado and writes short fiction and poetry, often of a surreal, irreal, magical realist, experimental, speculative or otherwise unusual nature. Her fiction has previously appeared in The Cafe Irreal, A cappella Zoo, Melusine, Peculiar Mormyrid, ink&coda, Three Minute Plastic, and others. Her poetry has appeared or is forthcoming in Star*Line, Lavender Review, Scifaikuest, and indefinite space, among others. Her short story, “Camisole”, which appeared in The Conium Review: Vol. 4, was a 2015 Pushcart Prize nominee. She may be found online at http://tamarakwalker.weebly.com

Jay Vera Summer is a Chicagoan living in Florida. She writes fiction and creative nonfiction, and co-founded weirderary, an online literary magazine, and First Draft, a monthly live literary event in Tampa. Her writing has been published in marieclaire.com, Proximity, LimeHawk, theEEEL, and Chicago Literati.

Matthew Kirkpatrick is the author of Diary of a Pennsylvania Farmer (Throwback Books, forthcoming), The Exiles (Ricochet Editions), and Light Without Heat (FC2). His fiction and essays have appeared in The Rumpus, The Common, Puerto del Sol, Denver Quarterly, Believer Logger, Notre Dame Review, and elsewhere. His audio collage and hypertext, “The Silent Numbers” is anthologized in the Electronic Literature Collection, Volume 3, and was part of the “Shapeshifting Texts” exhibit at the University of Bremen. He is an assistant professor at Eastern Michigan University where he teaches fiction and new media writing.

Rebekah Bergman’s fiction has been published or is forthcoming in Hobart, Joyland, Passages North, Poor Claudia, Two Serious Ladies, and The Nashville Review, among other journals. She holds an MFA from The New School and is a contributing editor of NOON.

Kevin Finucane was awarded a bronze Solas Award by Travelers’ Tales in creative nonfiction in 2009 and was named a Finalist for the Faulkner-Wisdom Competition in the novella category for 2010.

Stephanie Wang is a Beijing-born Australian writer currently living in Melbourne. She can travel in time, but only in one direction. She is currently working on a novel.

Simone Person grew up in small Michigan towns and Toledo, Ohio. She is a dual MFA/MA in Fiction and African American and African Diaspora Studies at Indiana University. Her work has appeared in Queen Mob’s Teahouse and Puerto del Sol, among others, and has been anthologized in Crab Fat Magazine: Best of Year Three. Her chapbook is a semifinalist selection for Honeysuckle Press’s 2017 Chapbook Contest. She occasionally uses Twitter and Instagram at @princxporkchop.

Rachel Lyon‘s debut novel Self-Portrait with Boy is forthcoming from Scribner in February 2018. Her short work has appeared in Joyland, Iowa Review, McSweeney’s, and other publications. Rachel teaches for Sackett Street Writers Workshop, Catapult, and elsewhere and is a cofounder of the reading series Ditmas Lit in her native Brooklyn. Visit her at www.rachellyon.work.

J. L. Montavon was born and raised in Denver and lives in San Francisco. Her story “Recursions” was chosen by Joan Wickersham as the winner of the 2016 Salamander Fiction Prize. 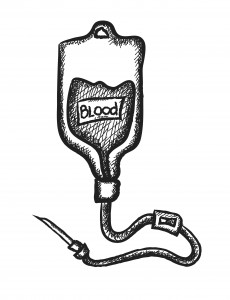 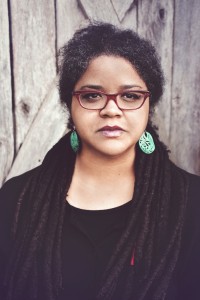