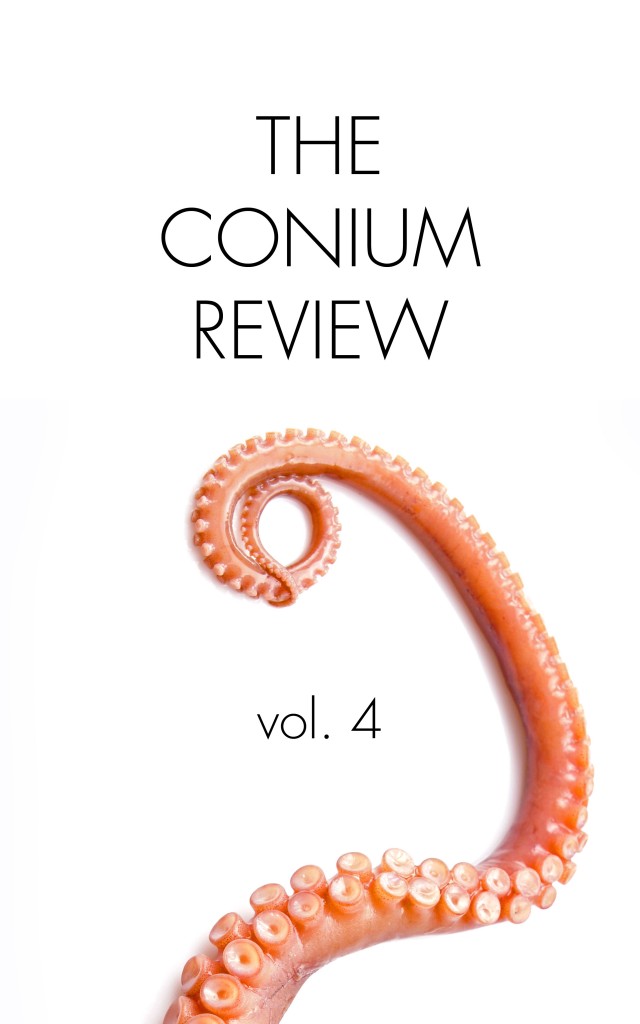 The gang’s all here! All nine stories from The Conium Review: Vol. 4 are available as part of this year’s Collector’s Edition. This beautiful box set is now available from our online store. Most orders will ship around December 15th. For a limited period, the Collector’s Edition will be just $30 (marked down from $32) with free shipping! It’s the ultimate holiday gift for the book lover on your list (or for yourself). These sold out rather quickly last year, so don’t miss your chance to claim one today. 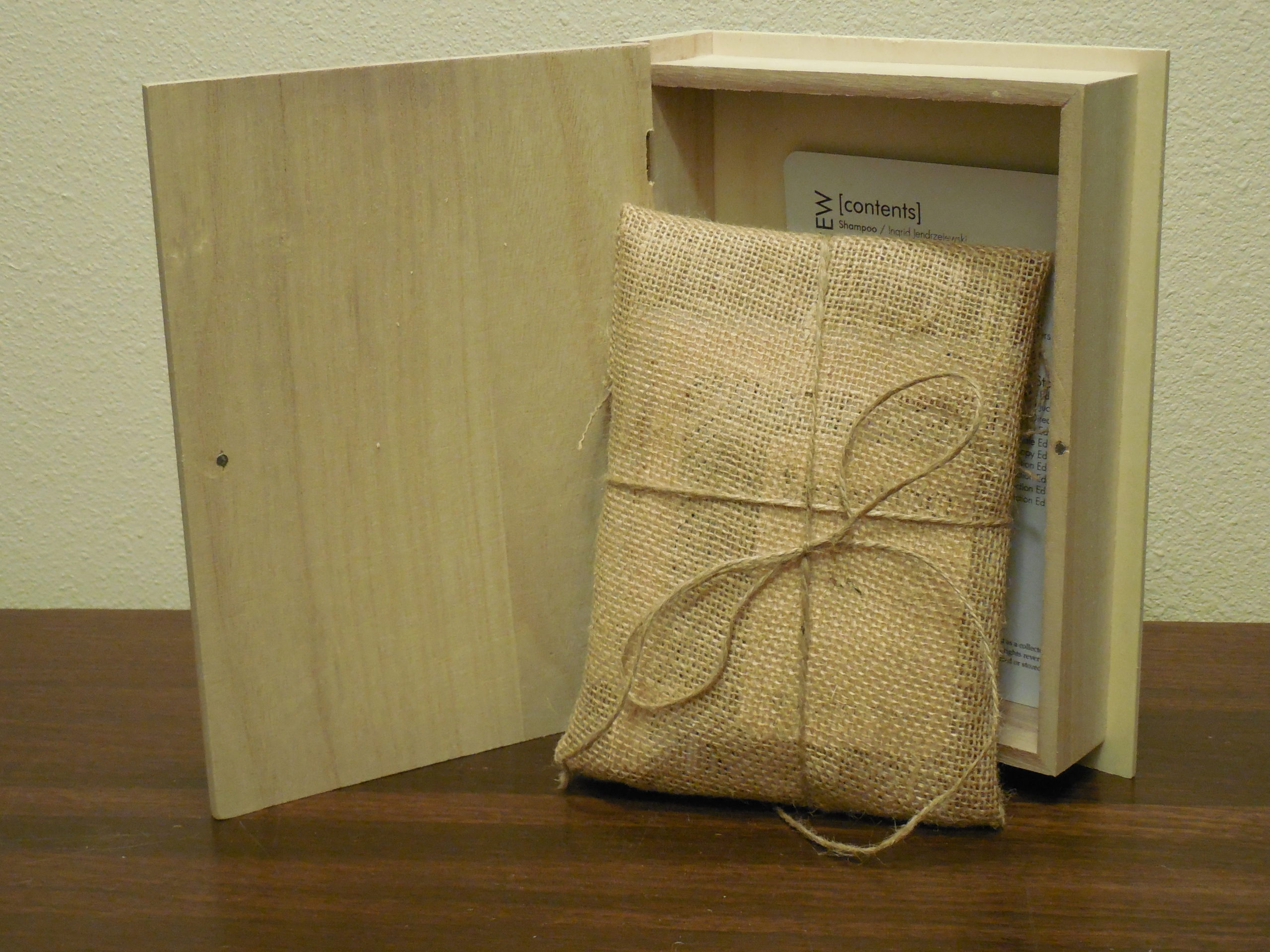 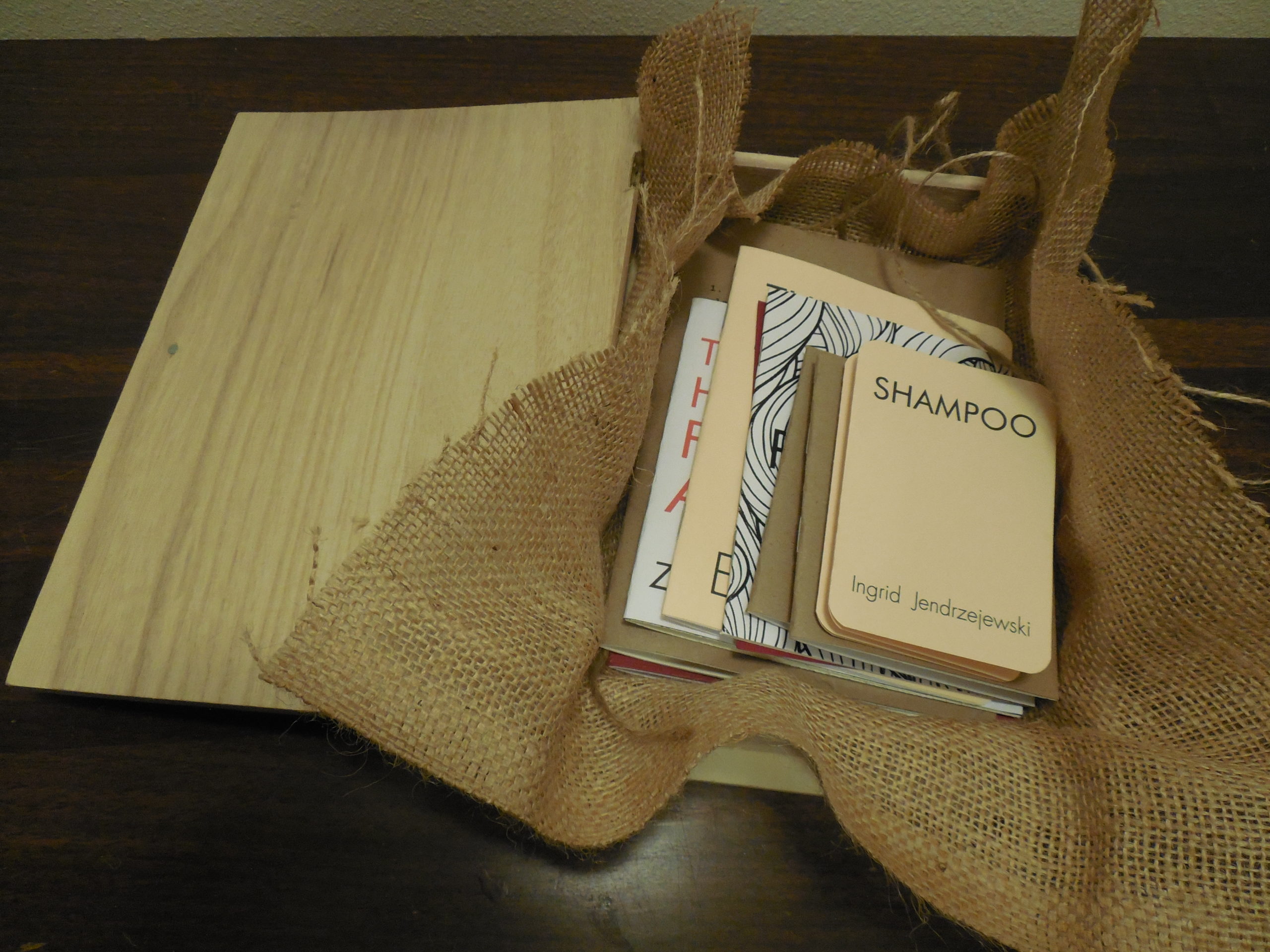 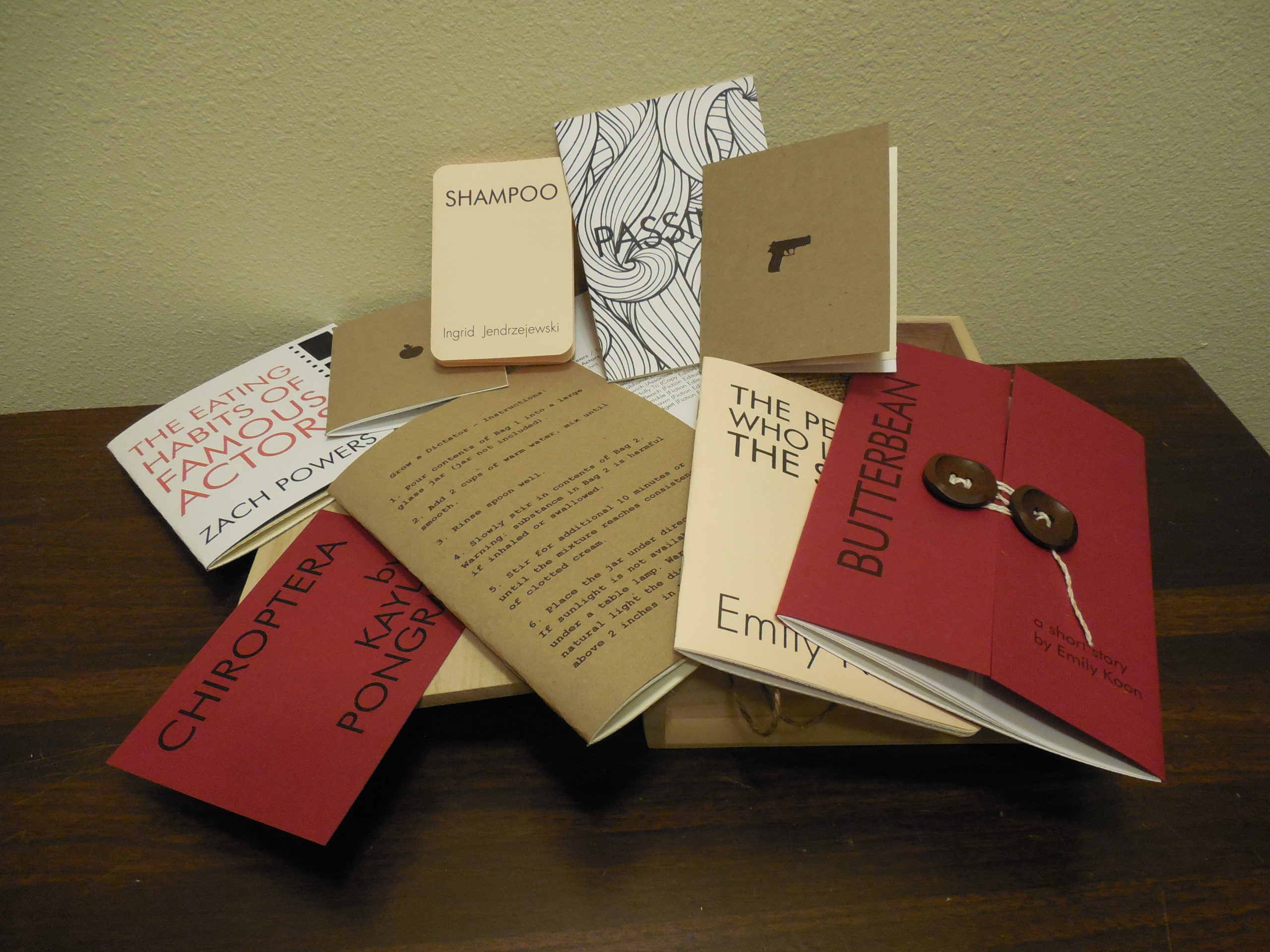 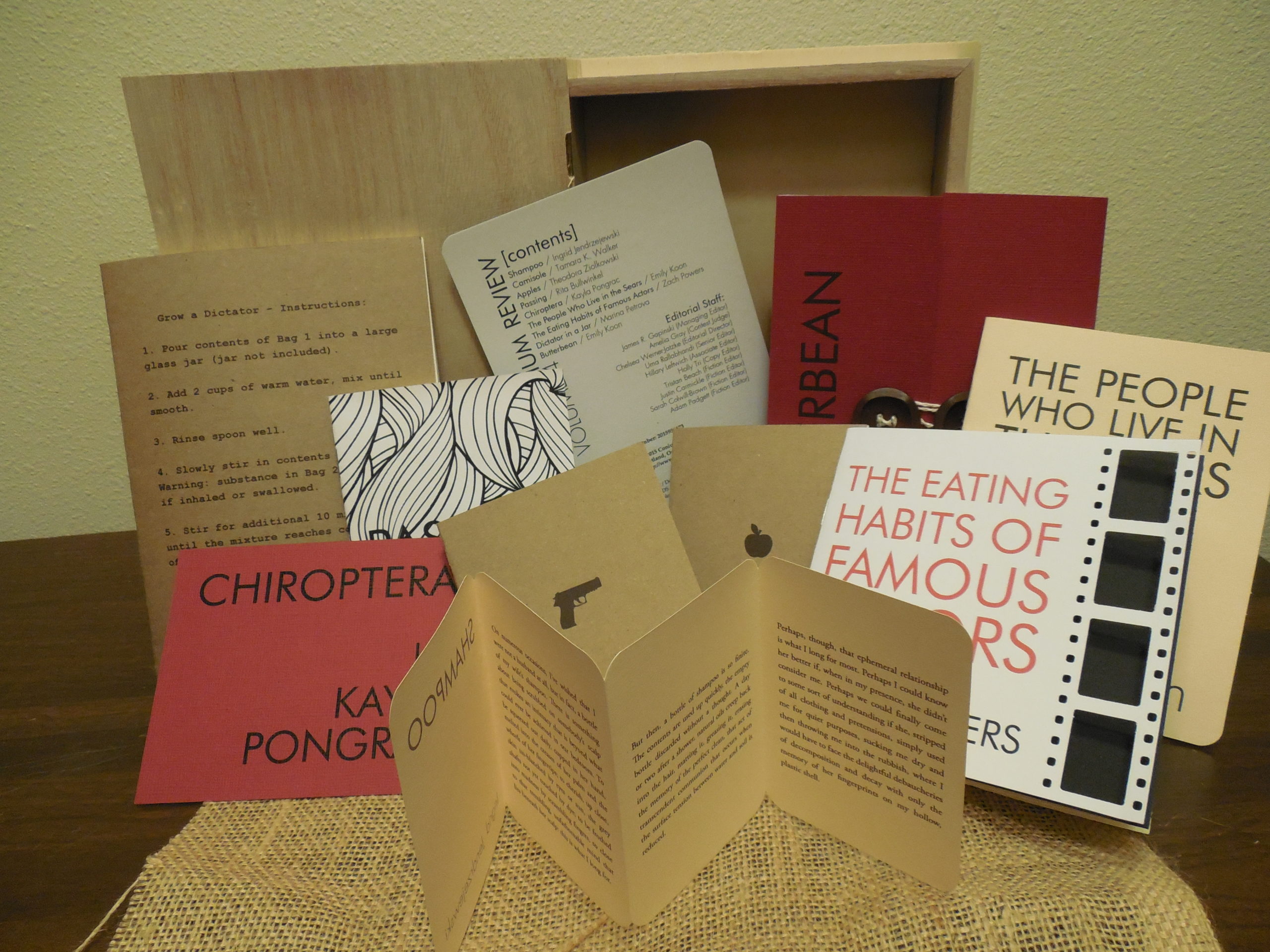 Theodora Ziolkowski’s “Apples” is a modern take on the classic fairy tale genre. This piece is one of nine stories from The Conium Review: Vol. 4. It’s included in the paperback and forthcoming Collector’s Edition.

The Collector’s Edition is a box set of handmade chapbooks and broadsides, each containing a different story from the issue. “Apples” is printed on 24-lb. bright white linen paper with a special 24-lb. ivory parchment leaf for the title page. The cover is 65-lb. brown card stock. This 12-page booklet measures 3.5″ wide by 4″ tall. 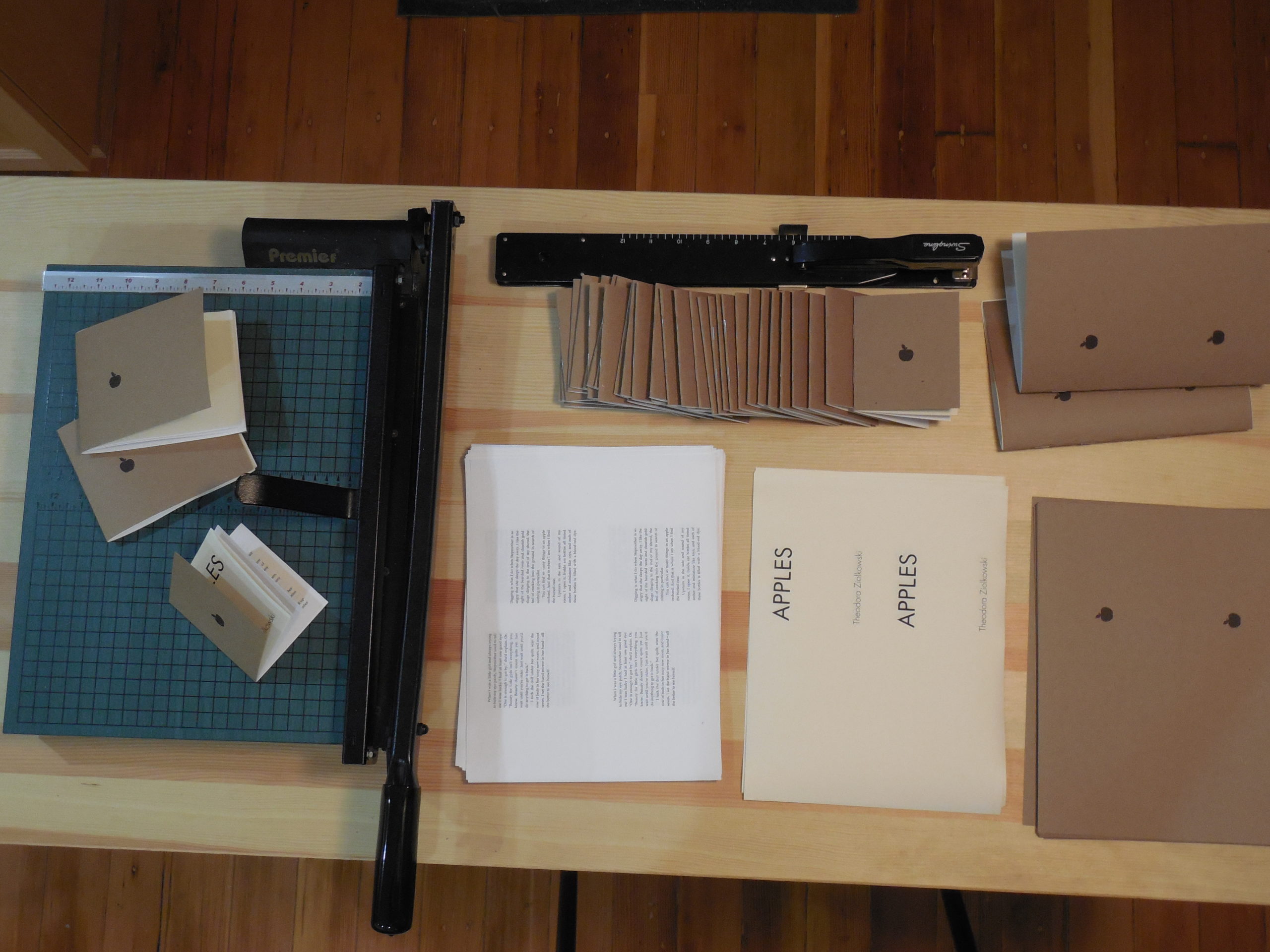 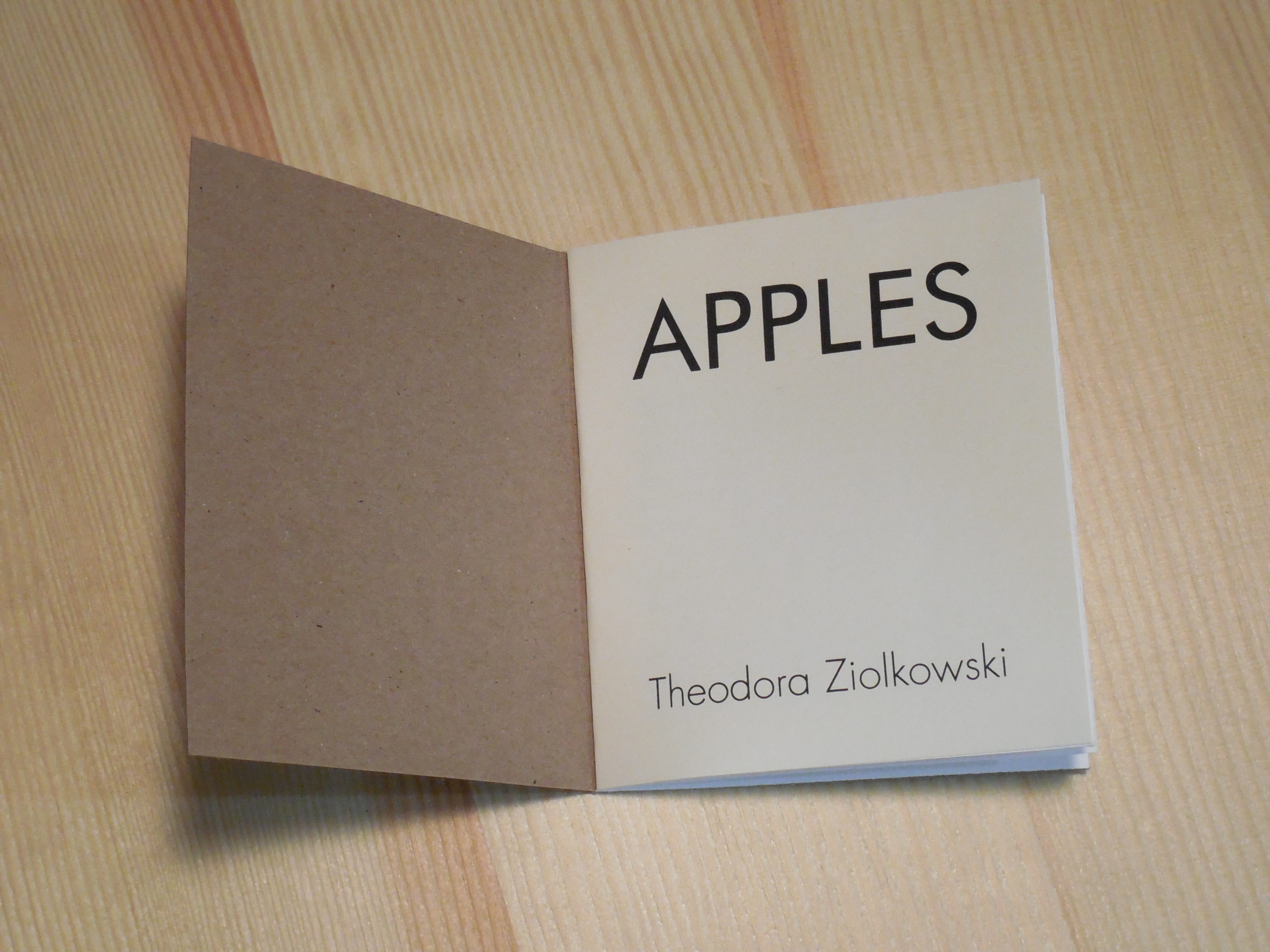 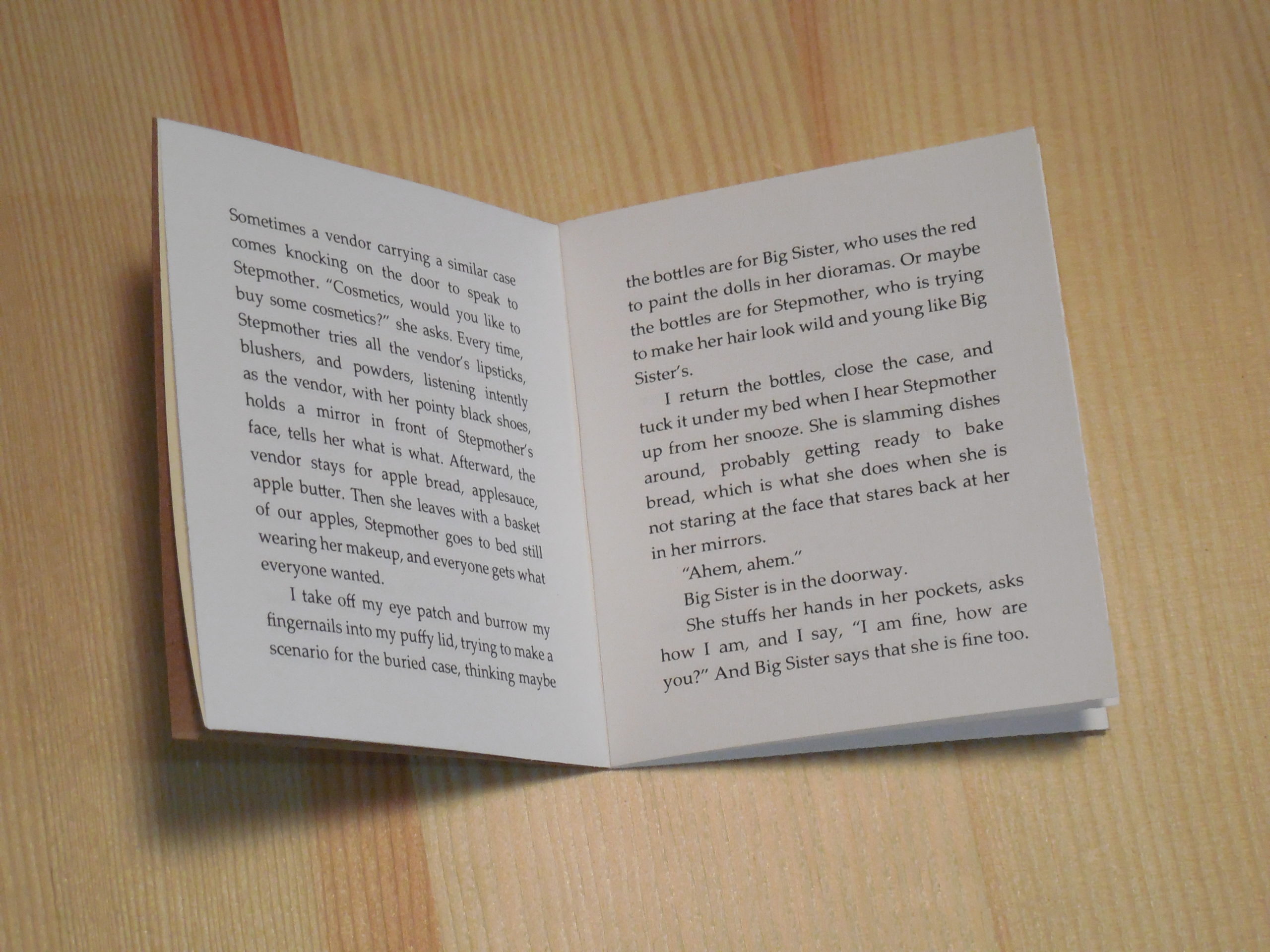 The Conium Review: Vol. 4 release date is about a month away, and we’re pleased to unveil the cover image. The overall design aesthetic is consistent with last year’s insectile cover, but we’ve gone more cephalopodian with it. And like last year, the front is just a tease; you can expect a nice wrap-around with a smattering of additional tentacles on the back.

Pre-orders go on sale this weekend!