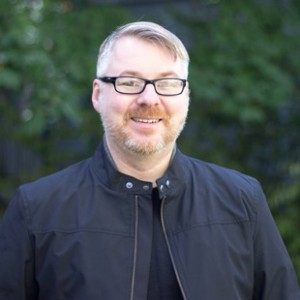 Thomas Dodson’s essay “From the Library to Las Vegas: the Role of Research in the Writing Process” was recently published in The Tishman Review, and is available online.

Thomas was a contributor to The Conium Review: Vol. 2, No. 2 with his story “Evidence of Harm.” His short stories have also appeared in CONSEQUENCE Magazine, Chicago Quarterly Review, Beloit Fiction Journal, and elsewhere. He is the editor and designer for Printer’s Devil Review, and he is the executive editor of the Best Indie Lit New England series.

Thomas Dodson’s “The Death of Elpenor” will appear in the next issue of The Chicago Quarterly Review.

Congrats on the upcoming publication and on putting out another issue of Printer’s Devil Review!

Thomas Dodson’s “Evidence of Harm” appears in our current issue.  You can hear an excerpt of the story read by the author here: http://traffic.libsyn.com/champsnotchumps/Dodson_Evidence.mp3.

And the author discusses his work with Liz Washburn of the Axiom Center for New and Experimental Media in this audio clip: http://traffic.libsyn.com/champsnotchumps/axiom_dodson.mp3.

If you like what you hear, pick up the Fall 2013 issue and listen to the Champs Not Chumps podcast.  Thomas Dodson also works on the Printer’s Devil Review.

And just for fun, here’s a random picture the author with his face patterned with the cellular structure of the hydrilla, the plant featured prominently in “Evidence of Harm” as a metaphor for trauma and obsession. 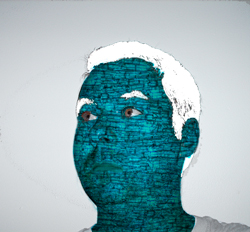