Lit Crawl Seattle is a couple days away (Oct. 22nd). Ahead of the event, the Lit Crawl organizers are promoting the #whatsyourcrawl hashtag. If you’re going to Lit Crawl, remember to Tweet, post on Facebook, e-mail, post creepy notes around your apartment building, whatever. A contributor and a couple of our editors share their Lit Crawl schedules below:

John Englehardt’s crawl (contributor with his story “This Is Great But You Don’t Need It“):

If you’re out-and-about on October 22nd, say “hi,” Tweet at us, share your crawl, and purchase a copy of The Conium Review: Vol. 3 during the after party. Find the entire Lit Crawl Seattle schedule here.

The Conium Review‘s Managing Editor, James R. Gapinski, will present at the upcoming Engaging Practices: A University of Massachusetts Boston Conference on the Teaching of Composition.

The presentation, titled “New Media and the Role of Video Games in Composition Classrooms,” is scheduled for Saturday, March 28th at 1:45pm at UMass’s Boston campus. 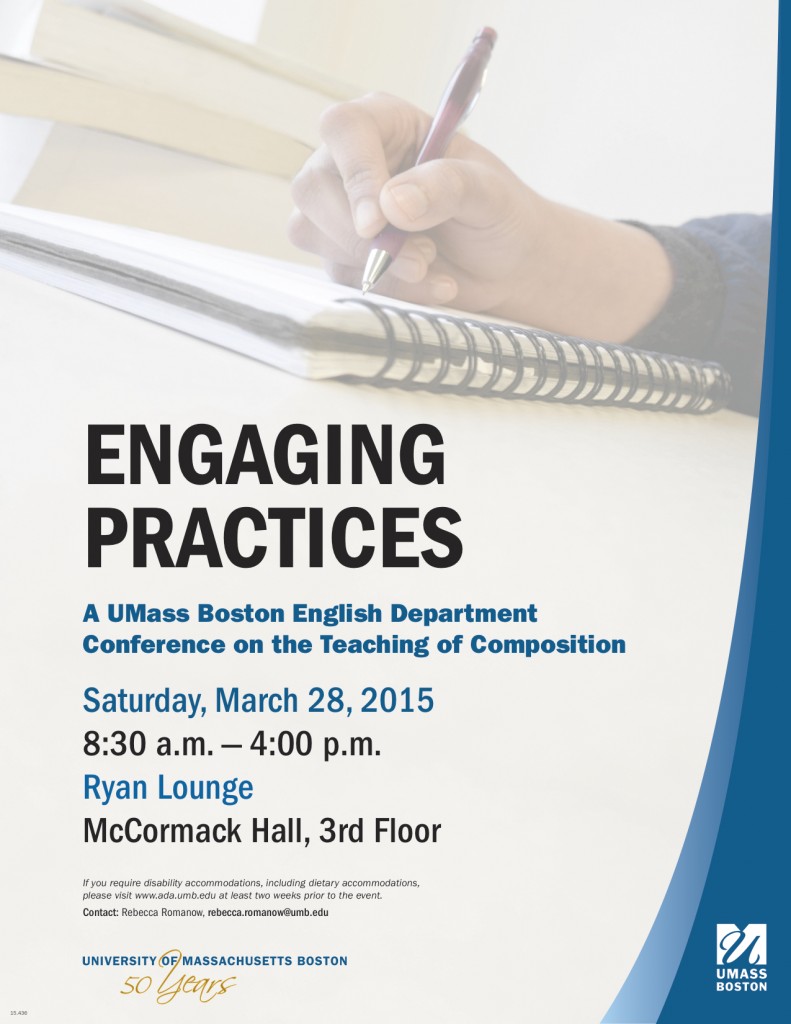