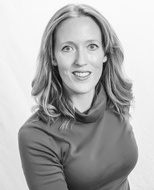 (contributor to The Conium Review: Vol. 1, No. 1 with her short story “Charity”) has a new piece published with Atticus Review.  Read “A Perpetual State of Awe,” here: http://atticusreview.org/a-perpetual-state-of-awe/

As we start the layout, printing, and PR for the second issue, we are temporarily closed to new submissions.  We’ll begin taking submissions again in late June.  Any outstanding submissions will be responded to soon as we make those final selections for Vol. 1, No. 2.

But there’s still plenty of publications, articles, podcasts, and other goodies to find on our website in the meantime!